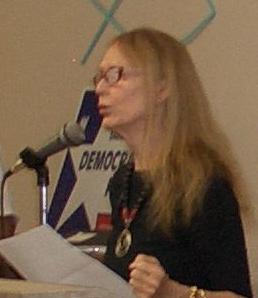 SARASOTA — A hard-fought election between Republicans and Democrats left no hard feelings between the heads of the two parties.

Acting county GOP Chair Jack Brill and county Democratic Chair JoAnne DeVries had little but praise for each other during an election wrap-up program sponsored by the Sarasota Tiger Bay Club.

They and two media representatives conducted a post-mortem on races from the presidential election on down, with the consensus that the different ways the parties reacted to the pandemic likely played a significant part in the outcomes.

DeVries said that the Democrats largely put their local voter registration efforts on hold in March.

Most of the campaigning was done remotely until the last few weeks before the election, when the party finally launched its ground game, because it took COVID-19 seriously, she said.

“I’m not going to apologize for saving lives,” she said. “At the time it was the right thing to do

Republicans took advantage of that by not letting up on statewide registration efforts that narrowed the Democrats’ advantage, Brill said. The party also went forward with door-to-door campaigning, he said.

In Sarasota County volunteers knocked on 257,000 doors, he said, making sure to observe COVID-19 protocols. Many homeowners, especially seniors, were happy to see someone to talk to, he said.

Only one volunteer — someone in North Port — got infected. After the office was thoroughly cleaned, everyone else went back to work, he said.

Both parties saw a huge turnout of their voters — about 91% of Republicans and even more for the Democrats, but not high enough to translate into victories. The GOP won 31 out of 35 partisan races, Brill said.

The Democratic Party was about 39,000 voters behind the GOP in registrations, DeVries said, “so we know we’re not going to see some wins.”

Overall, the county turnout was just over 80%, good enough for sixth out of the state’s 67 counties. But about 20,000 Democrats didn’t vote, DeVries said.

• Brill: “I’m on the record that polling is dead.”

On whether Joe Biden has a mandate

• Brill: “I just hope we all come together and start accomplishing some things.”

On how the election was handled locally

• DeVries: Supervisor of Elections Ron Turner “should show the whole country how Sarasota County does it.”

• Brill: Because about 72,000 people who voted by mail actually returned their ballots in person, “the biggest loser in this whole thing, frankly, was the U.S. Postal Service.”