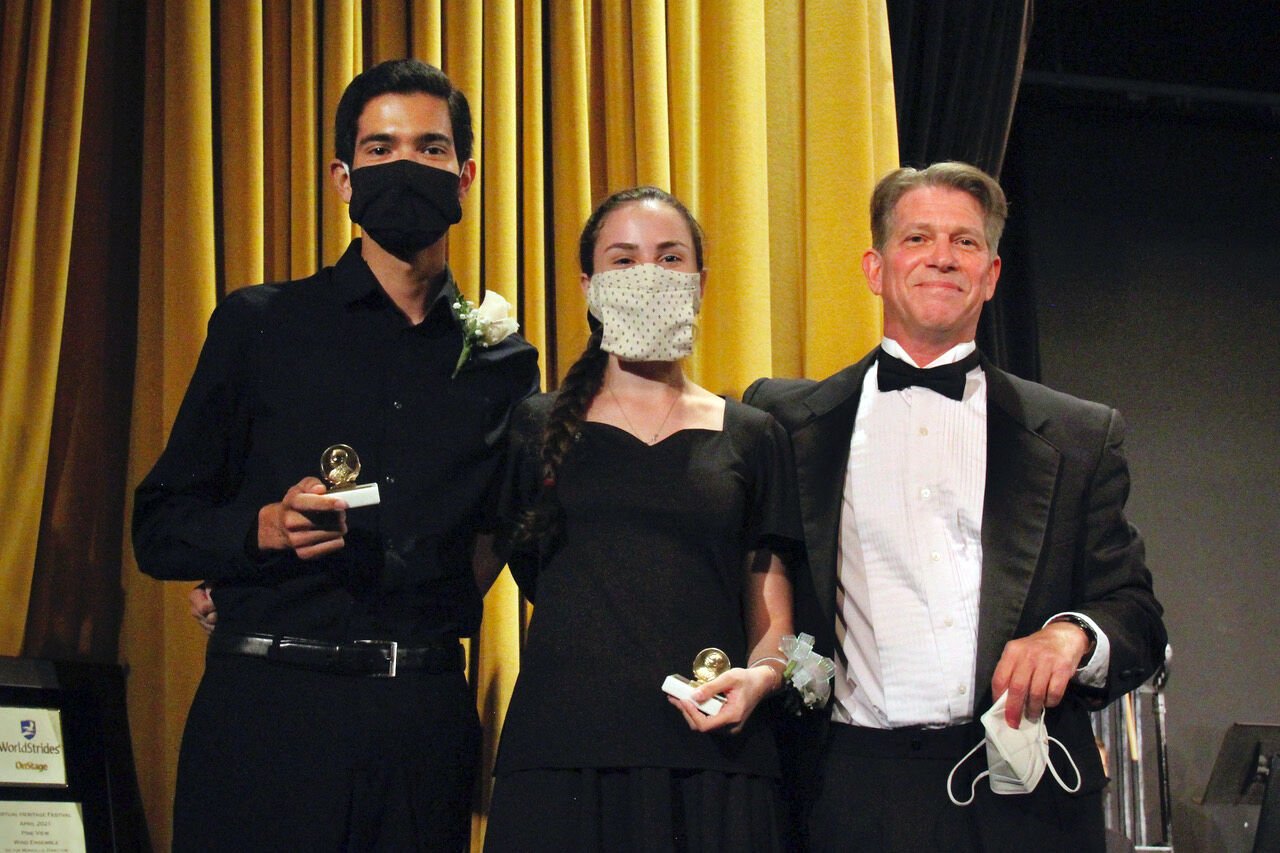 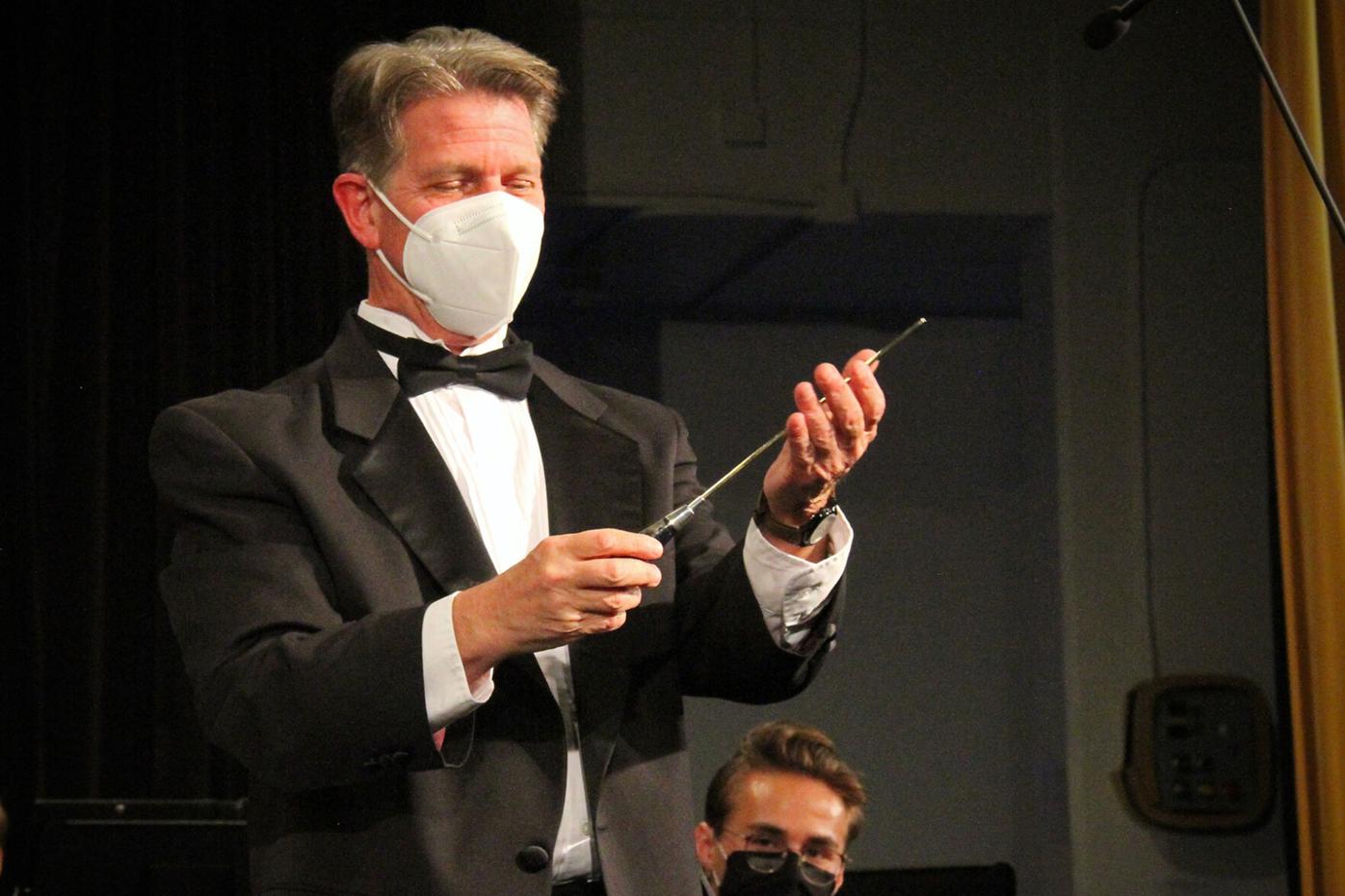 Pine View Band Director Victor Mongillo looks at his new baton, a gift he received from 24 graduating seniors who are band members. 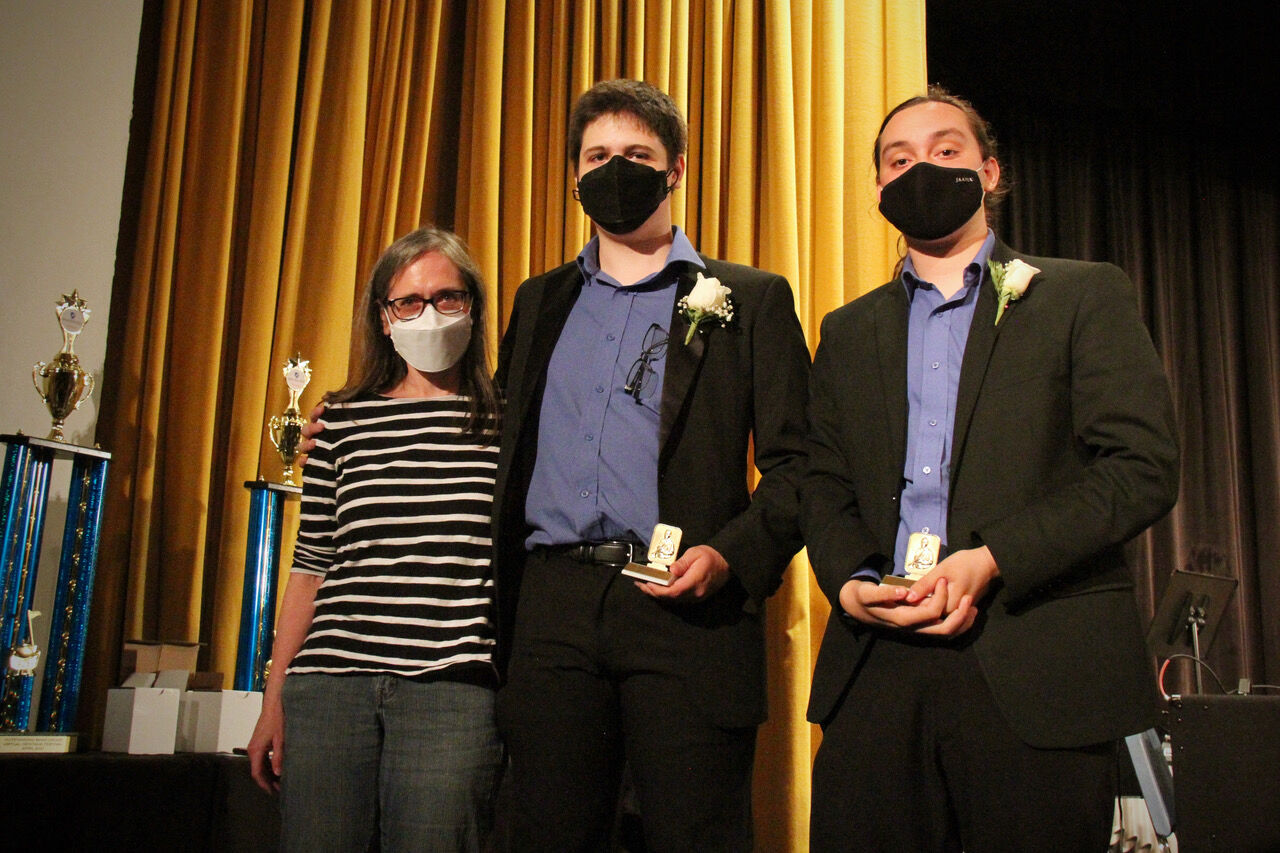 Pine View Band Director Victor Mongillo looks at his new baton, a gift he received from 24 graduating seniors who are band members.

OSPREY — As sports teams were kicked off their respective fields by the COVID-19 pandemic, so too was the Pine View Band program.

While the local school for the gifted does not have its own varsity athletic teams, it has long had winning programs in music, debate, sciences and other academic pursuits.

Students with the motivation and talent can compete on varsity teams at other Sarasota County high schools if they qualify by tryout.

“Last week, students and families involved with the award-winning Pine View Band program were thrilled to be able to enjoy live spring concerts for all five performance groups,” Pine View parent and band booster Sharon Kunkel wrote in a release. “During the Wind Ensemble and Jazz Band concerts, the 24 graduating seniors were recognized for their contributions to the program; four seniors were accorded special honors for their dedication and achievements.”

As the pandemic shuttered commerce, entertainment and more across the land,students of all ages and interests suffered from a disrupted education system as well as the cessation of the special programs that round out their days in school.

Although pandemic challenges continued into a second year, Pine View’s five band groups and student parents were able to hold spring concerts. Such events had been canceled a year earlier. This year, they were held in the school auditorium in late May.

In the Jazz Band, the Louis Armstrong Award was presented to Nicholas Butakow and Caleb McCue, “in recognition of outstanding achievements in the field of jazz as demonstrated through superior musicianship, character and individual creativity.

The seniors took the opportunity to recognize the extraordinary contributions that Mongillo and the Pine View Band program have made to their experience as students and growing young adults.

During the Jazz Band concert, Mongillo was presented with a special baton in appreciation of his teaching skills, passion for music, and his role in helping students to discover a lifelong love of music.

“It was such a joy to be able to come together again for our first concerts since the winter of 2019,” Mongillo said in the news release. “This year, even with reduced in-person attendance and lost live performance opportunities, our students worked hard, kept a great attitude, and grew as players and people. While I will miss our seniors, I know that the musical and life skills they’ve developed during their time in the Pine View Band program will serve them well in their future adventures.”

During the 2020-2021 school year, two students — Julian Chauhan and Carson Roland — were selected for the All-State Band; nearly 40 students participated in the Solo and Ensemble program, with 96% receiving a Superior rating; eight high school students and five middle school students were selected for All-County Honor Band; and, while there was no band trip, the Wind Ensemble and Jazz Band entered the Virtual Heritage Festival Competition in April. Out of all of the participating groups, two tied for top honors, the Outstanding Band Award: Pine View’s Wind Ensemble and Jazz Band.

For more on the Pine View Band program, visit pineviewband.com.