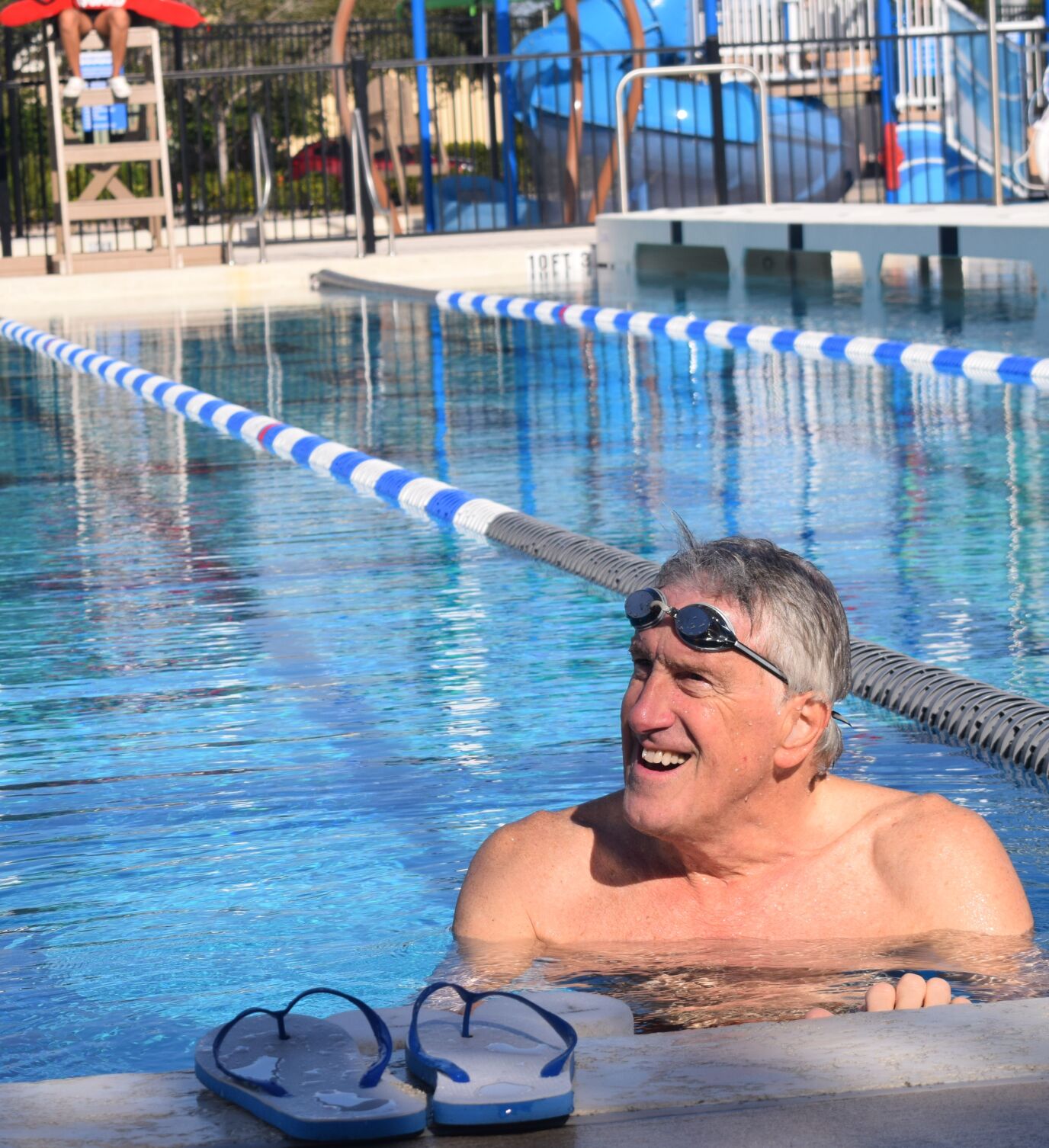 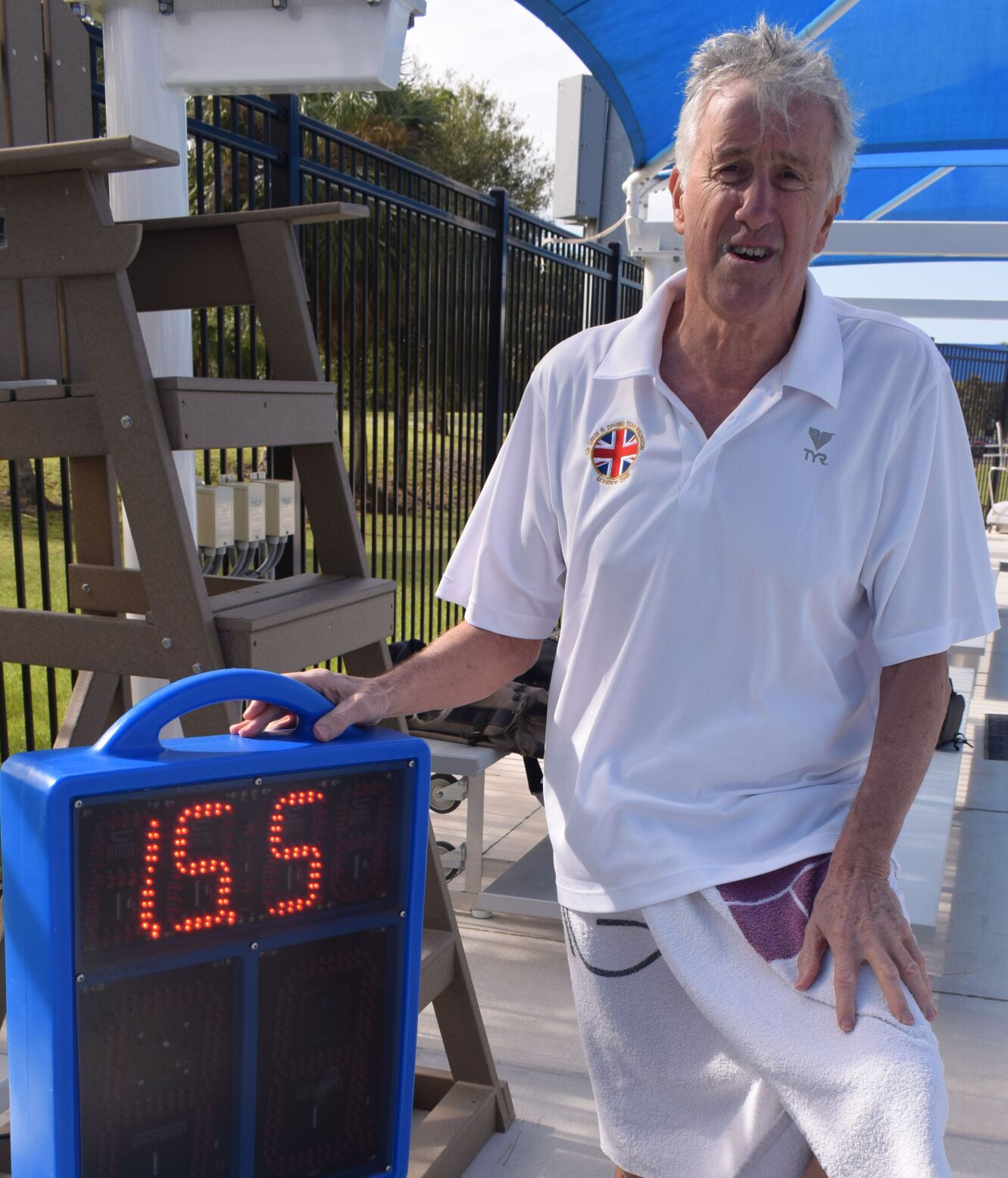 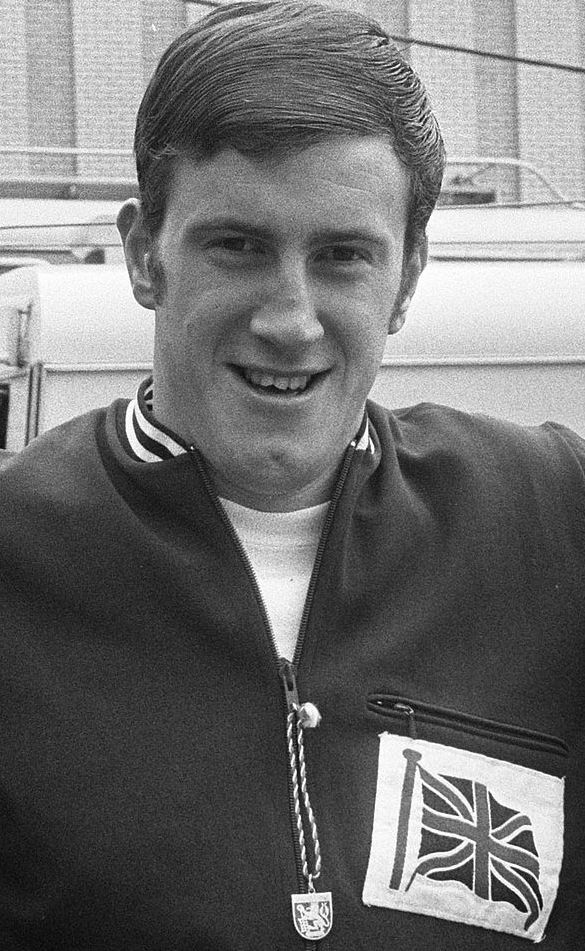 It’s an English thing, maybe, sticking with schedules, or as he pronounced it, “shed-jules.”

But a recent Thursday was different. The former Olympic swimmer paused from one of his strict 90-minute practice sessions to riff on stuff.

It was weird but exhilarating for those within earshot of a swimming icon, which included North Port Aquatic Center Supervisor Trish Sturgess.

Unless something interferes, Jarvis is in North Port’s pool swimming his 25-yard laps, over and over, several days a week.

In the beginning his endless hours in the pool gave him English amateur records, and later sent him to the Mexico City Olympics with Great Britain’s relay team.

Now he’s among the world’s best in the Masters Division.

But on Thursday at the North Port Aquatics Center, where he commutes from Osprey three to four times each week, Jarvis paused in the middle of a workout for a poolside chat with Sturgess, a top athlete in her time.

She seemed startled, as pool staff understood that Jarvis liked to paddle along alone until his 90 minutes ended.

Jarvis joked about politics, English and American, and that our pools are measured in yards, not meters. He told stories, goggles atop his head, about a swim program in Toronto that he ran that cranked out champions.

Sturgess said that she had played hockey and swam competitively in Toronto.

He talked about training with Sarasota water polo players.

Then he wondered about dying in a pool, “fit and exercising” and suddenly “lights out,” but shook that off, as his health is “bloody brilliant.”

He talked about tennis for the lower body, swimming for the upper. He talked about his wife, Marcie, bicycling 1,000 miles a month; about his swimming with the Palm Beach Masters, the Wahoos, a world-class co-ed group of senior swimmers, a few of whom could outswim him, he said.

And he talked about roaming Mexico City with Mark Spitz, the swimming legend and gold medalist, being on friendly terms and yet in awe of him.

It was an interesting few minutes with someone in his 70s, still tall and loose-limbed and bursting with good vibes, who had roamed the world.

“Our objective is to fill the pool,” Sturgess said of the 36,000 visitors to the North Port Aquatic Center in its first year. “We’re getting where we want to be at.”