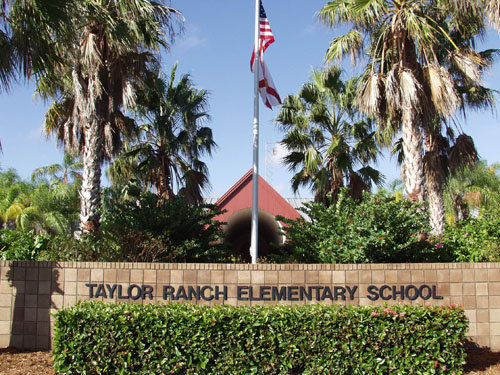 Taylor Ranch Elementary School between Venice and Wellen Park will be hardened as a hurricane shelter. 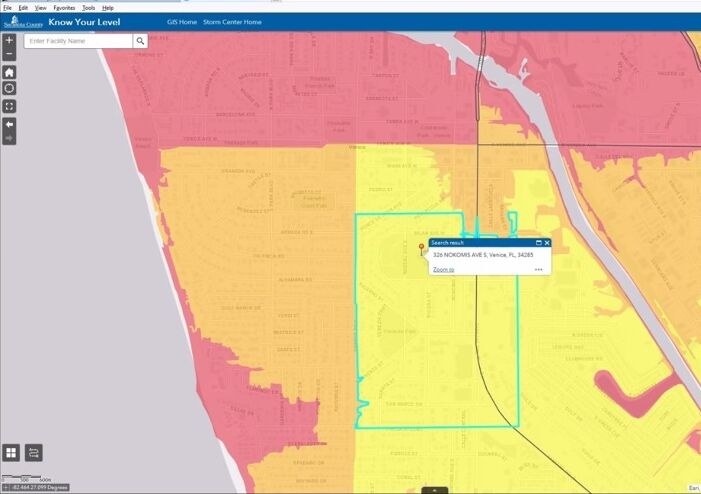 The pin shows the location of the Venice Community Center. It’s in evacuation level C but too close to levels A and B to make it a safe choice for hurricane evacuation, according to Sarasota County.

Taylor Ranch Elementary School between Venice and Wellen Park will be hardened as a hurricane shelter.

The pin shows the location of the Venice Community Center. It’s in evacuation level C but too close to levels A and B to make it a safe choice for hurricane evacuation, according to Sarasota County.

VENICE — Taylor Ranch Elementary School isn’t yet ready to serve as a hurricane evacuation center but is expected to come online in July, shortly after the end of the school year.

When the school is certified as an evacuation center, it will be the county’s 12th and the only one between Sarasota and North Port.

Ed McCrane, county Emergency Management chief, said at a news briefing Friday that work to harden the facility has been ongoing but hampered by the fact that school is still in session.

The school year ends June 11, compared to May 29 last year.

McCrane said the county is always looking for opportunities to expand the number of evacuation centers but currently has none planned in South County.

“Taylor Ranch is the solution that we’re going with now,” he said.

Sarasota Memorial Hospital had offered space on its Venice campus for a center but it was unable to come to terms with the county.

The county generally partners with the Sarasota County School District, McCrane said. There are schools in the planning stages but trying to locate a new center in South County is complicated by the generally low elevation in the area, he said.

Venice High School would be a good site if it weren’t on the island, he said.

‘It only takes one’

Forecasters are predicting an above-active hurricane season, but one not as busy as 2020, when there were a record-breaking 30 named storms, of which 12 made landfall in the continental U.S., according to NOAA.

The important thing to remember, McCrane said, is “it only takes one.”

And with COVID-19 still a factor in everyone’s daily life, he recommends an extra hurricane precaution this year — getting vaccinated.

Evacuation centers will double, from 20 square feet to 40, the amount of space people are allotted, and will enforce mask-wearing and hand hygiene.

But the county doesn’t have nearly enough room in all of its centers to handle the potential number of evacuees from a major hurricane.

If possible, McCrane said, some people may be transported to centers in other areas. But it may be necessary to reduce the amount of space allotted in the county’s centers and “you have to assume that someone in the center is positive” for COVID-19.

That’s another reason people are advised to get consider other options for riding out a storm.

The evacuation centers are a last resort — “the lifeboat, not the cruise ship,” McCrane said.

Residents should go to SCGov.net to find out their evacuation level, which may have changed based on recent mapping.

Homeowners can get a wind-mitigation inspection to determine their house’s vulnerability to a storm and perhaps harden it so they can shelter in place longer.

Every resident should have a bag packed for a stay of at least 72 hours somewhere else and, ideally, a friend or family member with whom they can stay, to avoid going to an evacuation center, he said.

If they’re planning to shelter in place, they should stock up on supplies for a week to 10 days, he said.

Even people who go to an evacuation center will need to provide their own food until the school systems is able to start preparing meals.

Having prepared for a storm, the last thing to do is stay informed when one approaches.

The best way to do that is through Emergency Management’s social media accounts on Facebook and Twitter, McCrane said.

The region's 2021 hurricane guide is due out mid-May, Emergency Management Chief Ed McCrane said. It will include an updated map showing some changes to evacuation levels.

You can look up your level, as well as sign up for emergency notifications and register for transportation to a hurricane evacuation center at SCGov.net under the "I want to" header in the blue bar at the top of the home page.

Clicking on the "Government" header will let you connect to Emergency Services, with more information about hurricane preparedness and links to social media.