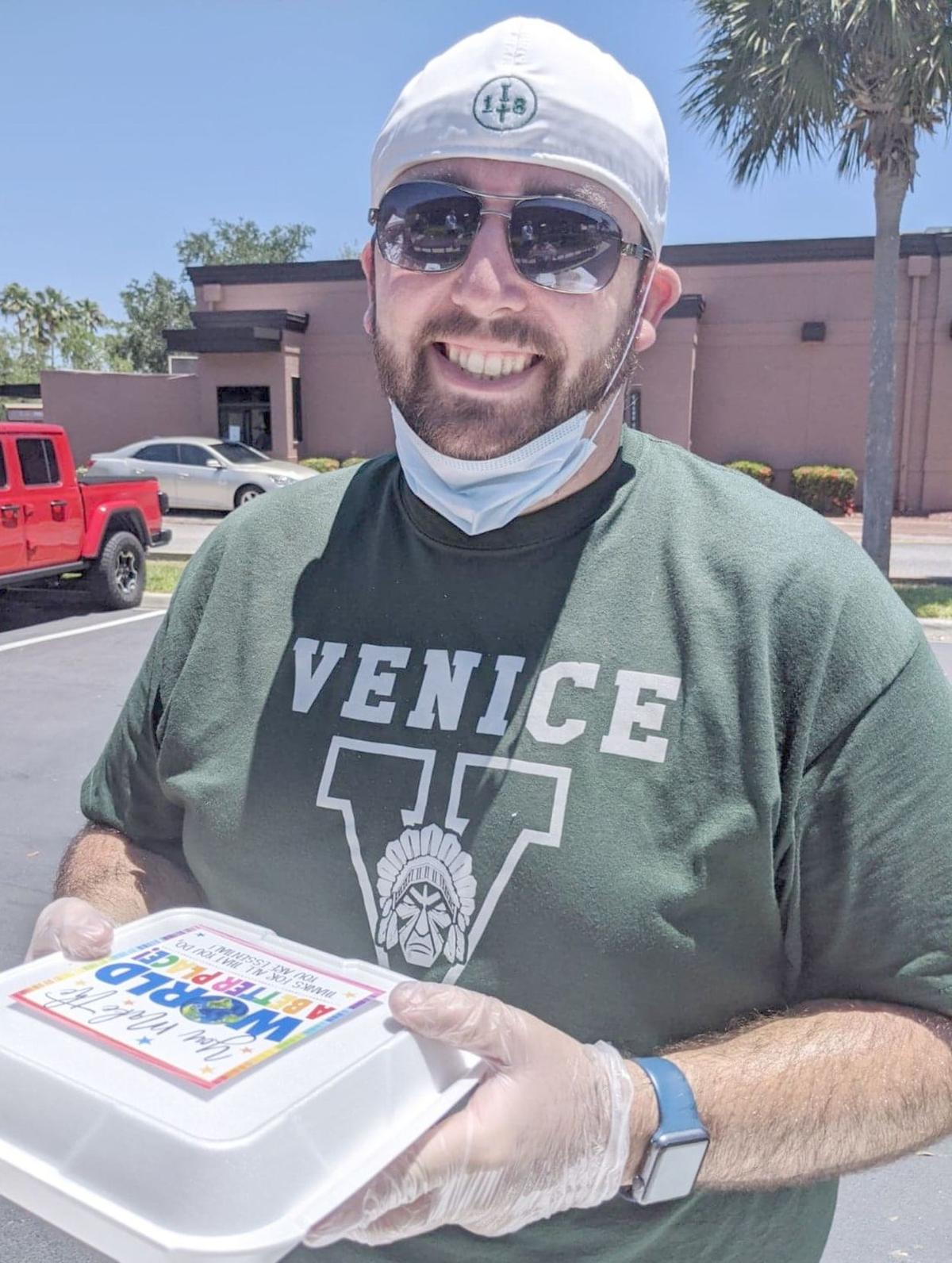 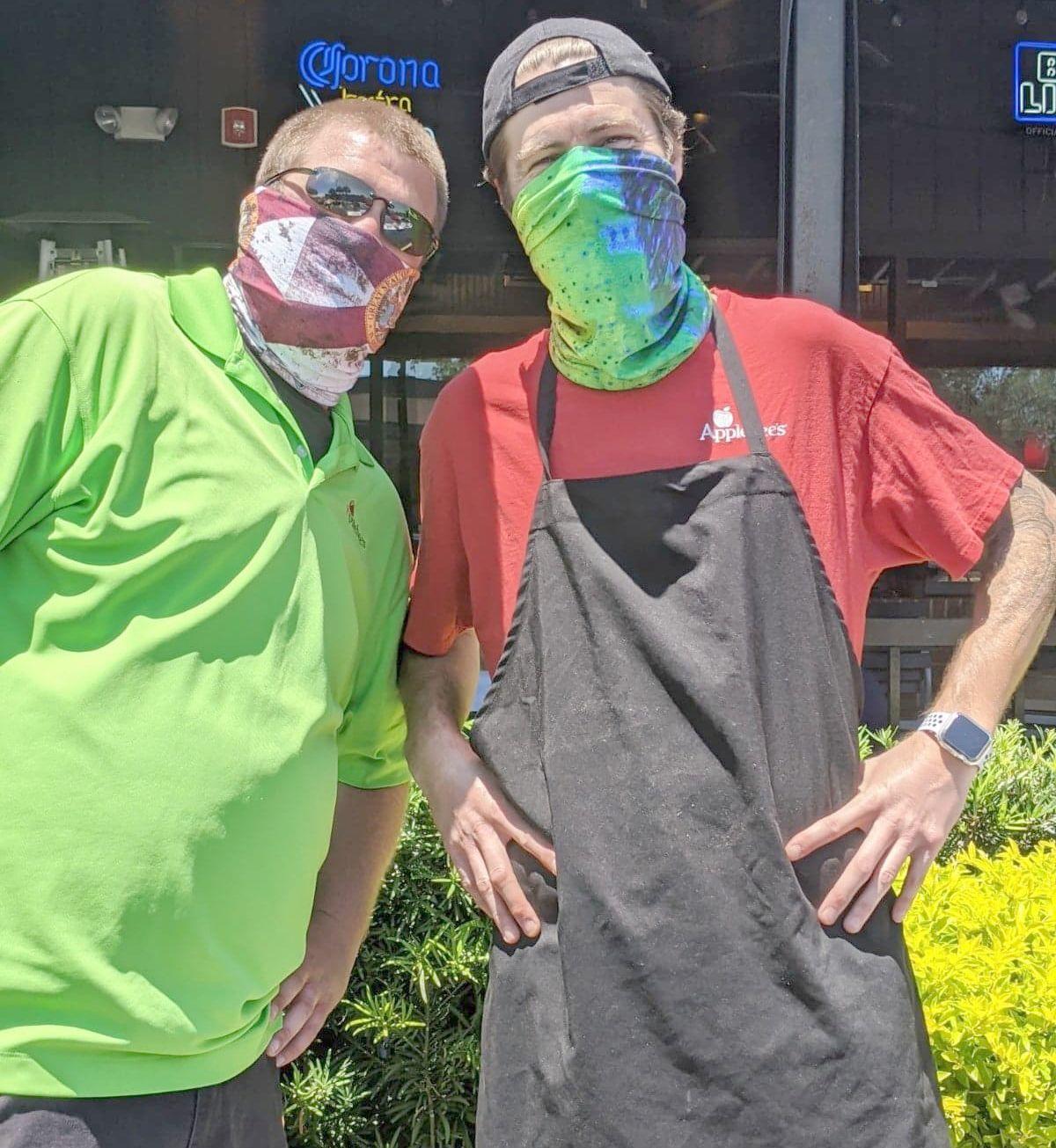 Applebees manager Stacy Jones, stands with the man he called a rock star for cooking thousands of meals, Zach Roberts.

As the event ended, Phillip Mockler of My Warriors Place, left, asked 10 groups of volunteers to deliver left over food to first responders and local hospitals.

Applebees manager Stacy Jones, stands with the man he called a rock star for cooking thousands of meals, Zach Roberts.

As the event ended, Phillip Mockler of My Warriors Place, left, asked 10 groups of volunteers to deliver left over food to first responders and local hospitals.

“I’m a teacher at Venice High School and I wanted to do something to give back to the community,” Grant said Saturday while volunteering at Applebee’s. “Today was great, I saw a lot of great people.”

It was the third weekend volunteers gave boxed meals curbside to essential workers including police officers, firefighters and teachers.

Stacy Jones, manager at Applebee’s, 4329 S. Tamiami Trail in South Venice, has been at all three events, two were at the Venice location and one where CoolToday Stadium in West Villages where the Atlanta Braves stadium teamed up with Applebees.

The first time, 200 were served, but as word got out, the events grew.

“We were happy to be here,” said Ryan Spong of Arby’s. “We gave away 165 meals in addition to what Applebee’s did.”

Once the event was over a team of 10 volunteers distributed leftovers to nearby hospitals and fire stations.

At the Braves’ event called, Operation: Thank You II, volunteers planned for 550 meals, but the essential workers kept coming.

“We involved had food donations from several area restaurants including Boca Lupo, Outback Steakhouse, Chili’s, Carrabba’s, Gold Rush BBQ, Panera Bread, Big Mike’s Pizza, Italiano’s, Publix, Domino’s Pizza, EcoLab, Applebee’s and Marco’s Pizza and gave away more than 500, when we ran out, we called Publix and Donino’s for help,” said Phillip Mockler of My Warrior’s Place, which helped organize the events. “The local businesses stepped up and we gave away even more meals. I’d say all three were a great success. We wanted to say thank you for being there for us.”