You are the owner of this article.
Edit Article Add New Article
Login
I want to
Publications
Subscribe
Homes for Sale
Cars for Sale
Jobs
Classifieds
E-Paper
News Archives
Calendar
App
Public Notices
Your Newspapers
Contact Us
1 of 5 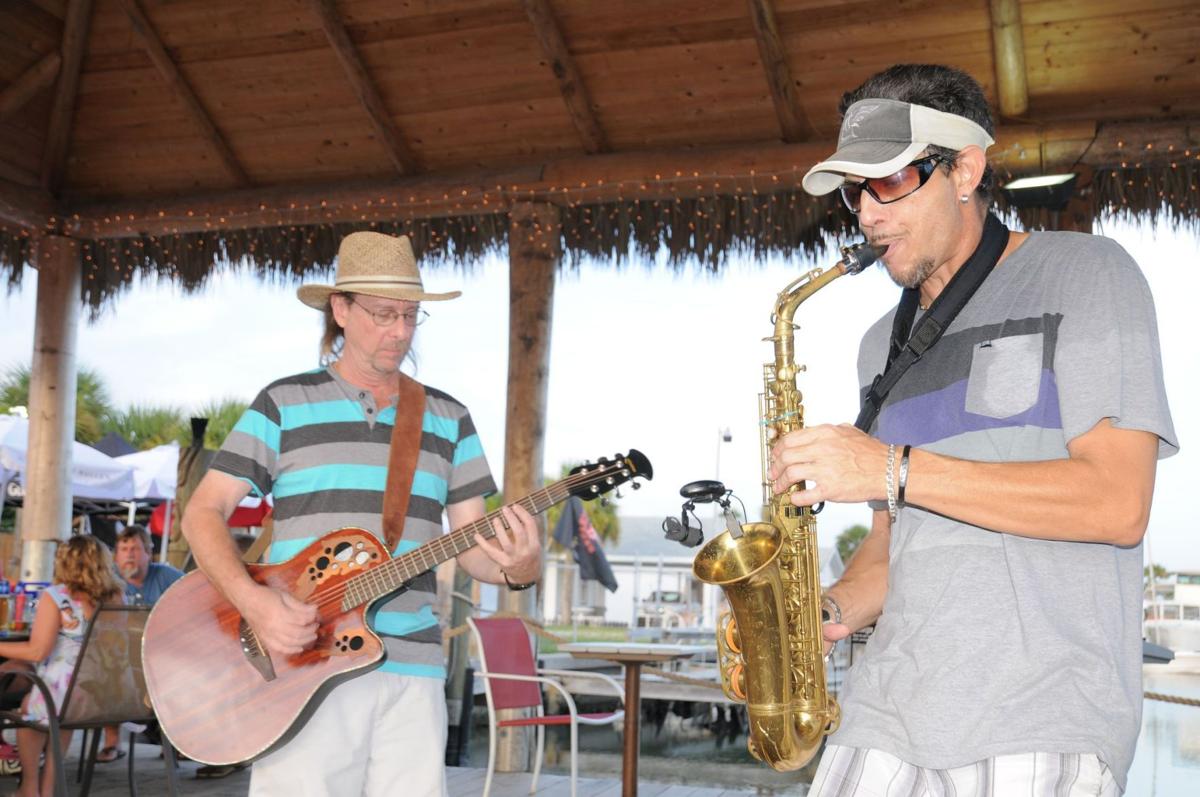 George DeJong, left, and sax man Chad Conte will entertain Feb. 16 at the annual Jewish Food Festival in Venice. DeJong was the keyboard player for Herman’s Hermits with Peter Noone for some 12 years. 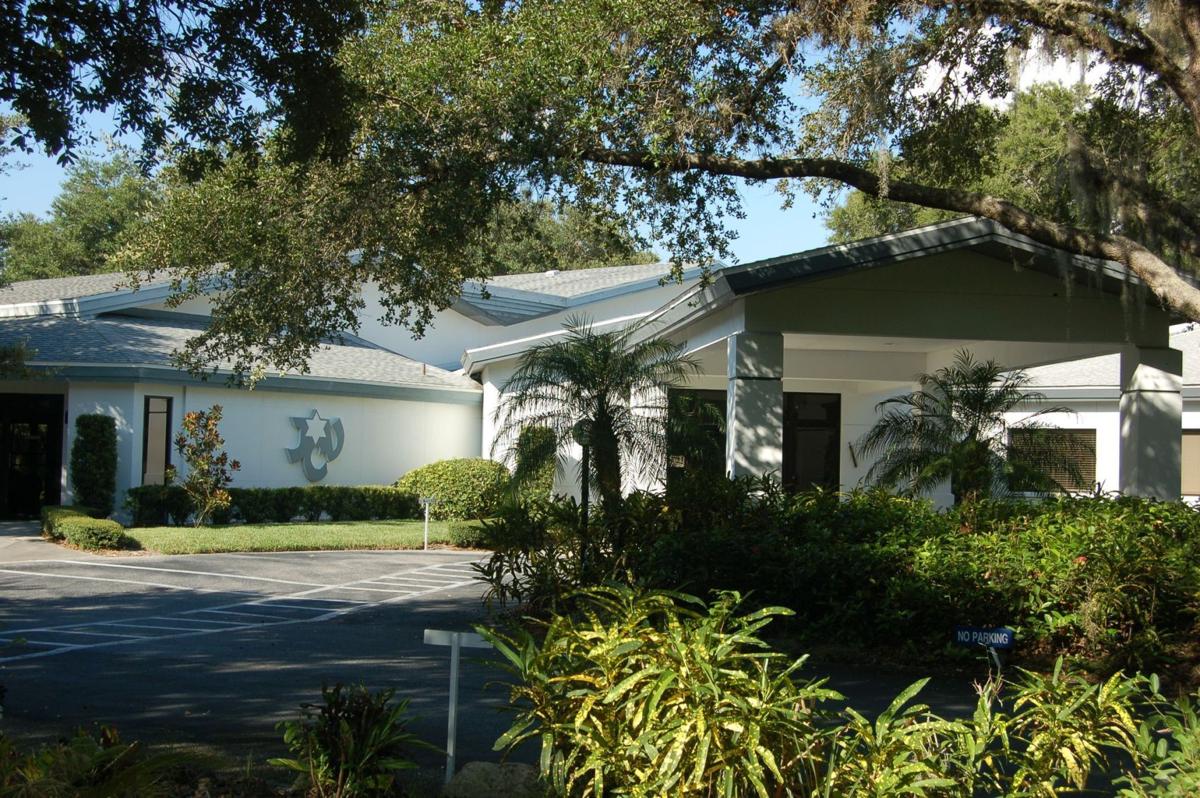 The annual Jewish Food Festival will be Feb. 16 at the center. 600 Auburn Road, Venice. 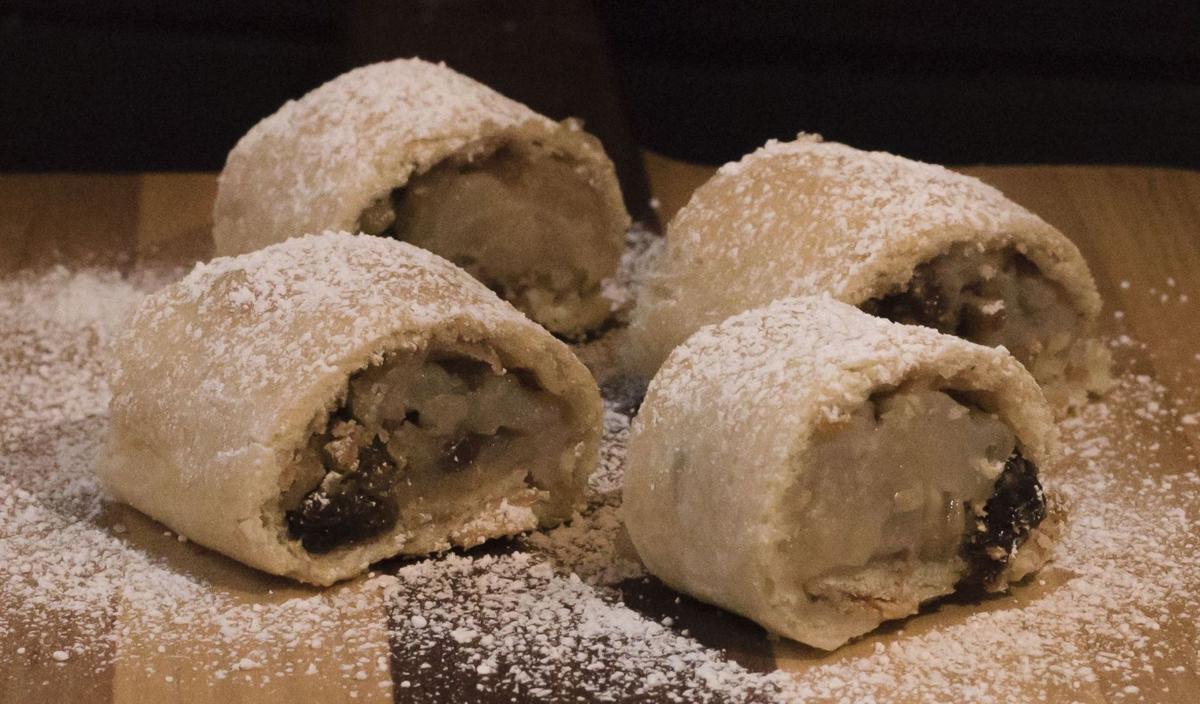 Apple strudel is a popular Jewish pastry treat. Those who arrive early at Sunday’s annual Jewish Food Festival have the best chance to purchase strudel and other homemade delicacies. 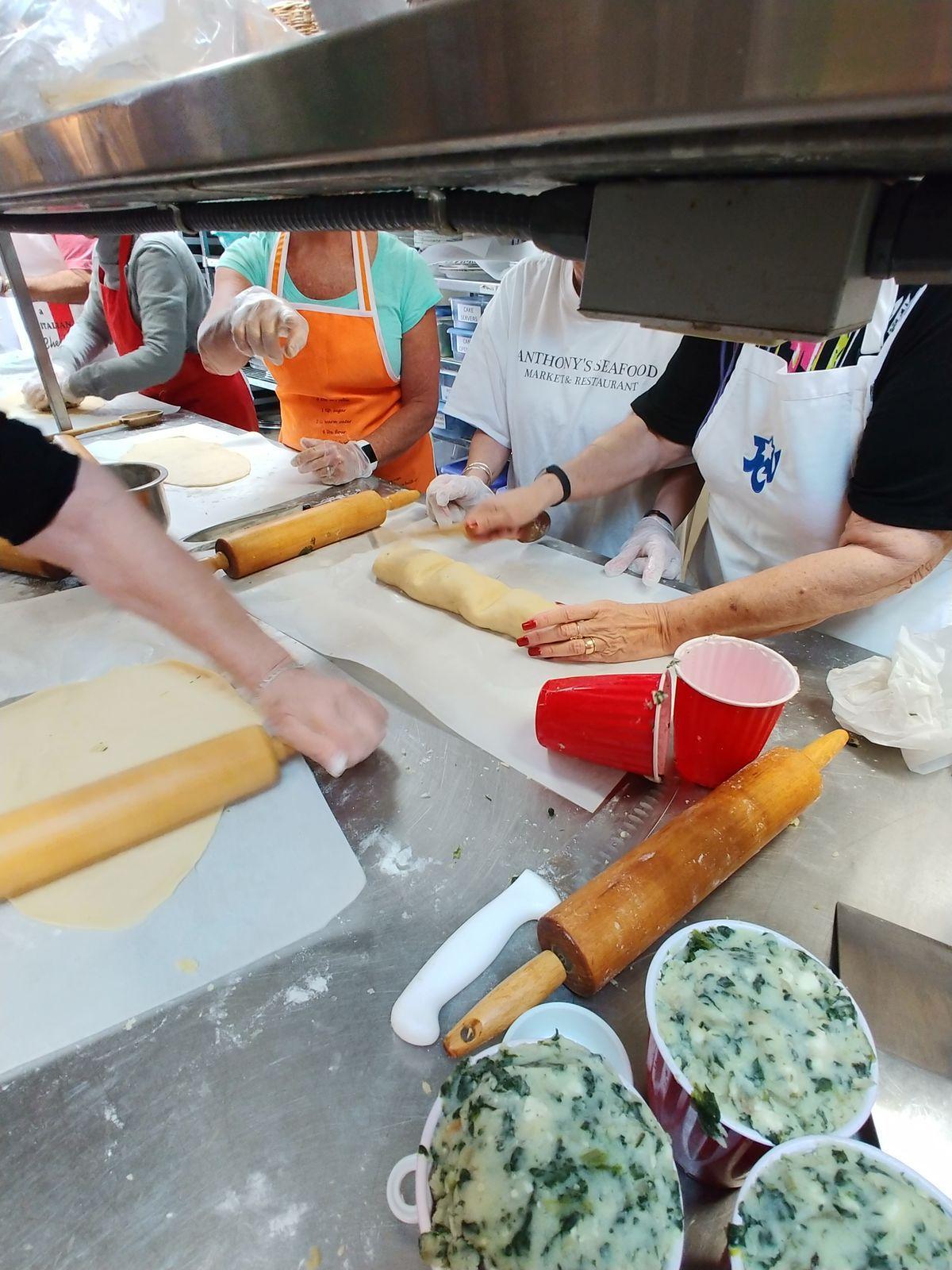 Volunteers preparing for the Jewish Food Festival set up an assembly line to make knishes to sell at the festival next Sunday. 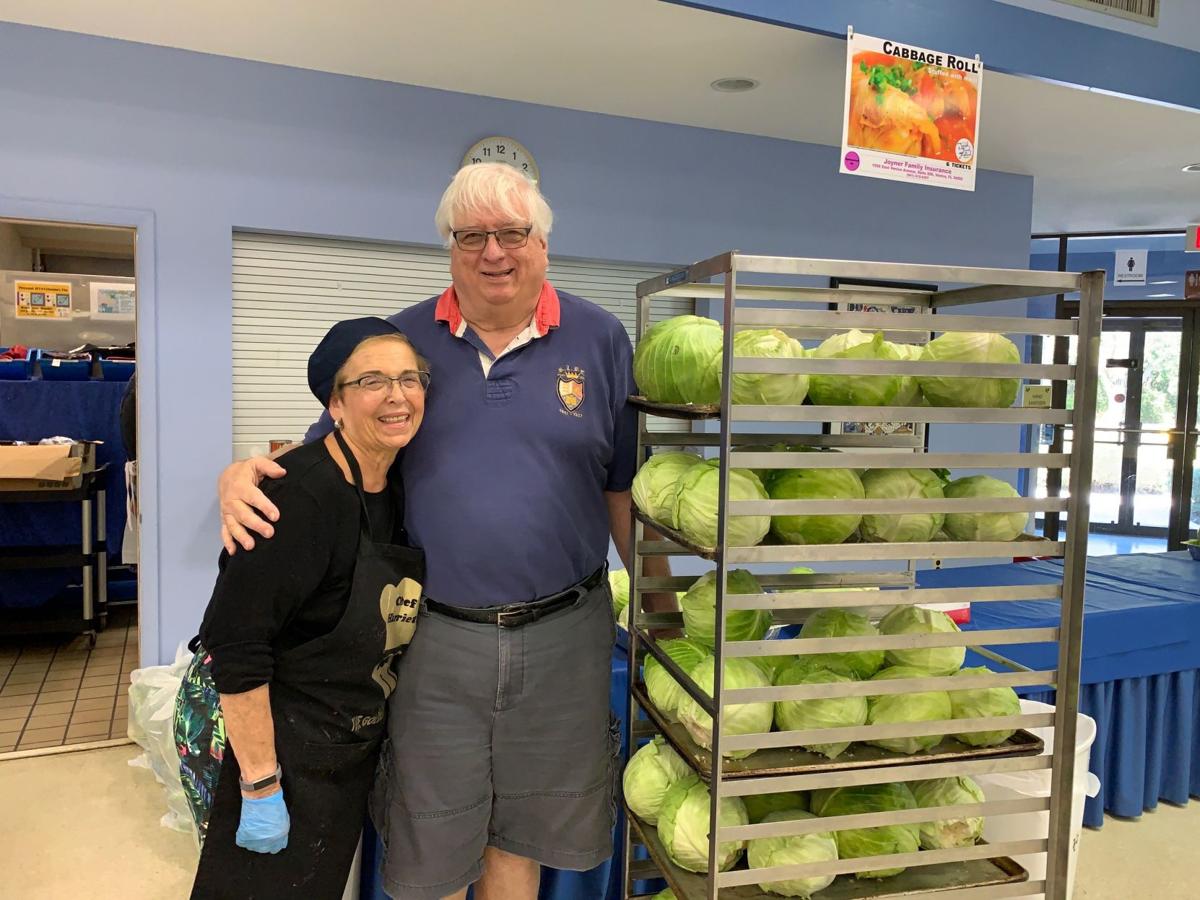 George DeJong, left, and sax man Chad Conte will entertain Feb. 16 at the annual Jewish Food Festival in Venice. DeJong was the keyboard player for Herman’s Hermits with Peter Noone for some 12 years.

The annual Jewish Food Festival will be Feb. 16 at the center. 600 Auburn Road, Venice.

Apple strudel is a popular Jewish pastry treat. Those who arrive early at Sunday’s annual Jewish Food Festival have the best chance to purchase strudel and other homemade delicacies.

Volunteers preparing for the Jewish Food Festival set up an assembly line to make knishes to sell at the festival next Sunday.

You do not have to be Jewish to appreciate a good corned beef or pastrami sandwich.

For those who crave such food, Sunday’s Jewish Food Festival is made for you.

The annual February event is the biggest annual project for members of the Jewish Congregation of Venice, JCV President Harvey Cohen said.

He and countless other members of the JCV have been working for months for the one-day event which is the JCV’s biggest annual fundraiser.

Bill Hershovitz has been chairman of the festival for several years. With an extensive background in the food industry, he is a master at figuring out how many pounds of corned beef and pastrami — 650 pounds this year — are needed plus the number of loaves of Jewish rye bread and kosher pickles and how many pounds of cole slaw.

For some regular attendees at the festival that might be enough. As it turns out each year in February, those sandwiches are but a small part of the event which is coming up 10 a.m. to 4 p.m. Sunday, Feb. 16.

This week, many women in the temple are baking and packaging so many Jewish pastries that, at least two 8-foot tables will be needed to hold the tasty treats.

Other temple cooks have been preparing stuffed cabbage, assorted flavors of knishes, strudels and kugels and of course, soups.

A knish is a single-serving pie filled with meat, potatoes, cheese, onions or some other savory filling. Strudels are a paper-thin pastry that is generally stuffed with apples or some other fruit but not always. With this many cooks, expect to find some delicious flavor variations, depending on the baker.

Strudel is a Jewish word for sheet and by the time the baker completes rolling out, folding and filling, it is a delicacy ready to be baked and sliced and savored.

Harriett Davidson is the head pastry maven, guardian of the knishes and so much more with an army of workers.

Expect to find many samples on those pastry tables. The corned beef and pastrami sandwiches also will heave their own corner where fans will line up beginning at 10 a.m. to either take sandwich plates with cole slaw and a pickle home for lunch or dunner or to consume at one of the tables set up outside where one can enjoy entertainment.

The rest of the food will fill the perimeter of the main room within the congregation building and will include chicken soup (often said to be better than anything for curing the common cold), matzo ball soup, stuffed cabbage, cabbage soup, knishes filled with a variety of tasty meats or other fillings; noodle and other kugels, and of course — blintzes.

“There are hundreds of heads of cabbage over there,” Herschkowitz said.

Basically the food booths ring the largest room at the JCV, the room normally used for services. Other booths in the center of that room will house a variety of business folks. Outside, more booths will house members of political parties, officers from the sheriff’s department with safety tips,, entertainers providing non-stop music and, inside and outside, raffle sales.

George DeJong, former member of Herman’s Hermits, and his music cohort “Saxman” Chad Conte, have been the featured entertainers for several years. They play a variety of pop and jazz tunes.

“They are the featured performers again this year,” Cohen said.

In other rooms of the congregation’s building, one can find gift items such as menorahs (candle holder used during Hannukah) and mezuzahs. The latter is a tiny parchment scroll on which are written the 10 commandments. It then is rolled and housed in a small decorative case affixed to a door frame. Other rooms at the temple will house flea market items, books and jewelry.

The Jewish Congregation building is at 600 N. Auburn Road.

While there is plenty of parking on site, there is never enough for this tasty event. A continuous shuttle will take people between the congregation building and the Achieva Credit Union Building at 1485 E. Venice Ave. at the corner of Capris Isles Boulevard.

Capris Isles Boulevard is closed except to local traffic on either side of the bridge near the golf course and will be until June, according to a report from the city of Venice.