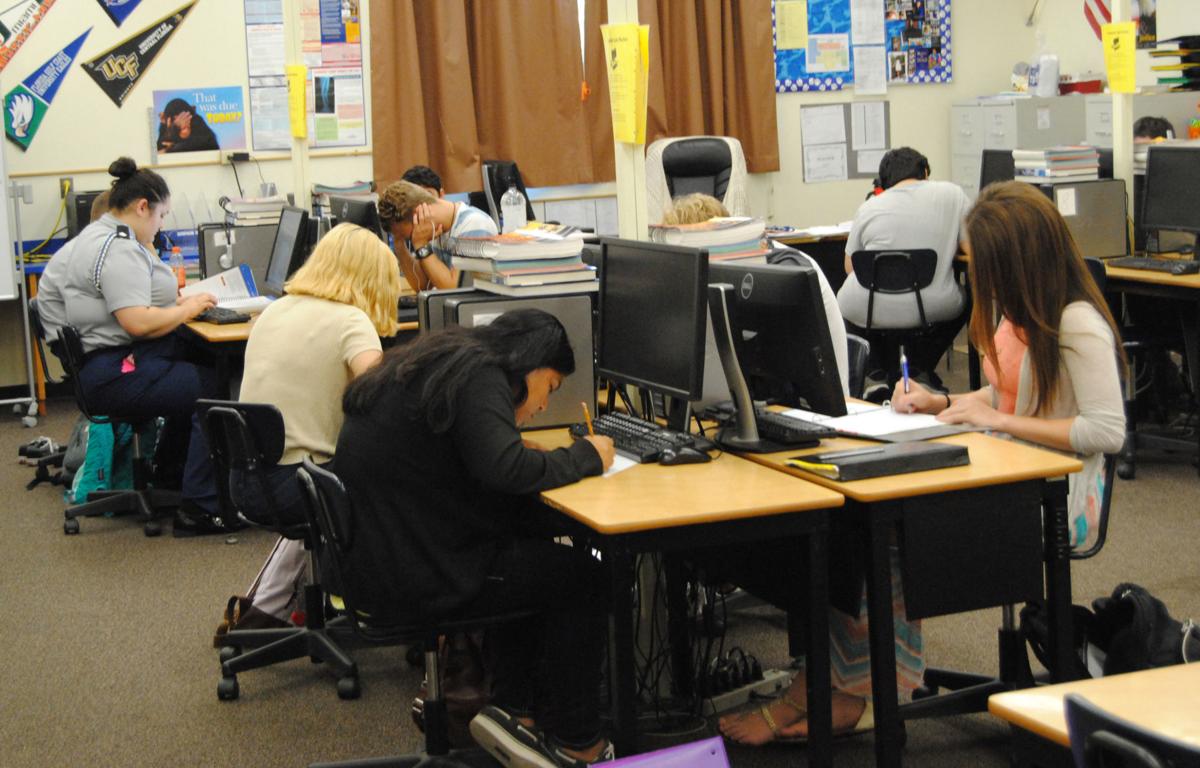 Students in the business classes learn how to operate different softwares and computer programs, such as Microsoft Word, PowerPoint, Outlook and Intuit QuickBooks. Despite all the technology around us, it’s important to be able to break down communication easily, Bob Elliott notes.

Students in the business classes learn how to operate different softwares and computer programs, such as Microsoft Word, PowerPoint, Outlook and Intuit QuickBooks. Despite all the technology around us, it’s important to be able to break down communication easily, Bob Elliott notes.

Let’s face it, there are more messages like arrows and slings coming into our brains than ever before.

It is partially because there are so many new sources for issues and also because we’re pressured to be informed on everything going on around us.

The day once was when we had only three television stations and one of them was PBS. Then there was an occasional newspaper and a few radio stations. We lived in an era of contentment and felt fully informed.

Today there are so many sources of information cluttering our minds … every imaginable cable outlet and, of course, the internet. It is a fiercely competitive field. The internet has created a myriad of pressure points including email and social media outlets. Cell phones add to this puzzle with their constant presence. It wasn’t so long ago that we got most of our news and information by talking to other human beings. We now have this “puzzle palace” of sources to deal with.

So if we assume that each of us has an information overload, wouldn’t it make sense to ease the mind and move to a style of communications which is simple, to the point and logical?

No, I don’t mean dumbing-down the approach.

The famous acronym we’re familiar with, KISS, meaning “keep it simple , stupid,” doesn’t implicate that the audience is stupid. It simply suggests that you put it in understandable terms using language that doesn’t add more confusion.

It means not producing information overload and fitting the information you hope to impart into the swirling amount of detail that is sometimes incomprehensible to the human brain.

The last thing a presentation needs is like someone who, if asked “What time is it,” goes on to tell you how to build a watch.

Someone who gives you so much detail that you stop listening.

When discussing a building, you don’t have to tell me who the architect was, their entire background, when the building was built, how much it cost, its size and a dozen other details. Pick the facts on their merits and mention only three or four.

“Powerpoint” presentations can be a big offender in providing too much detail. I once saw a technology head of a major corporation put up a slide with two axis and over 100 data points on the slide.

He went on for five minutes discussing the individual data points without showing a clear analysis of how they related to each other or what we should take out of the presentation.

The computer has created devices like “Powerpoint” but not the common sense to use them … more to clutter up the mind.

The best way to control clutter is to apply logic. When someone says “Oh, now I get it” you’re on to something that clears their mind and provides concentration.

The only way that happens is through the age old lesson Aristotle gave us back in 384 BC. The dictionary definition of logic is “something that forces a decision by reason.”

Consider strongly how the persons you are talking to reason on the subject you are discussing.

We are all products of our environment. It is said that “People nowadays know more about a lot of subjects …but understand less about each of them.” We live in a data world where the number of cars in America or the number of Asians in Europe may be more important than their deep thoughts about the family and life in general.

People are looking for data regardless of what those data mean.

Another means of providing order to the listener’s mind is to order the talk in such a way that they can follow you.

Remember someone telling you that, in a presentation, you should tell them what you’re going to tell them, tell them and then tell them what you told them. Also, organize your material into three major ideas and reinforce those ideas so your audience doesn’t forget.

We live in a pressure-packed world. Don’t provide your listener with a crazy quilt or grab bag of information. They’ll thank you for it.