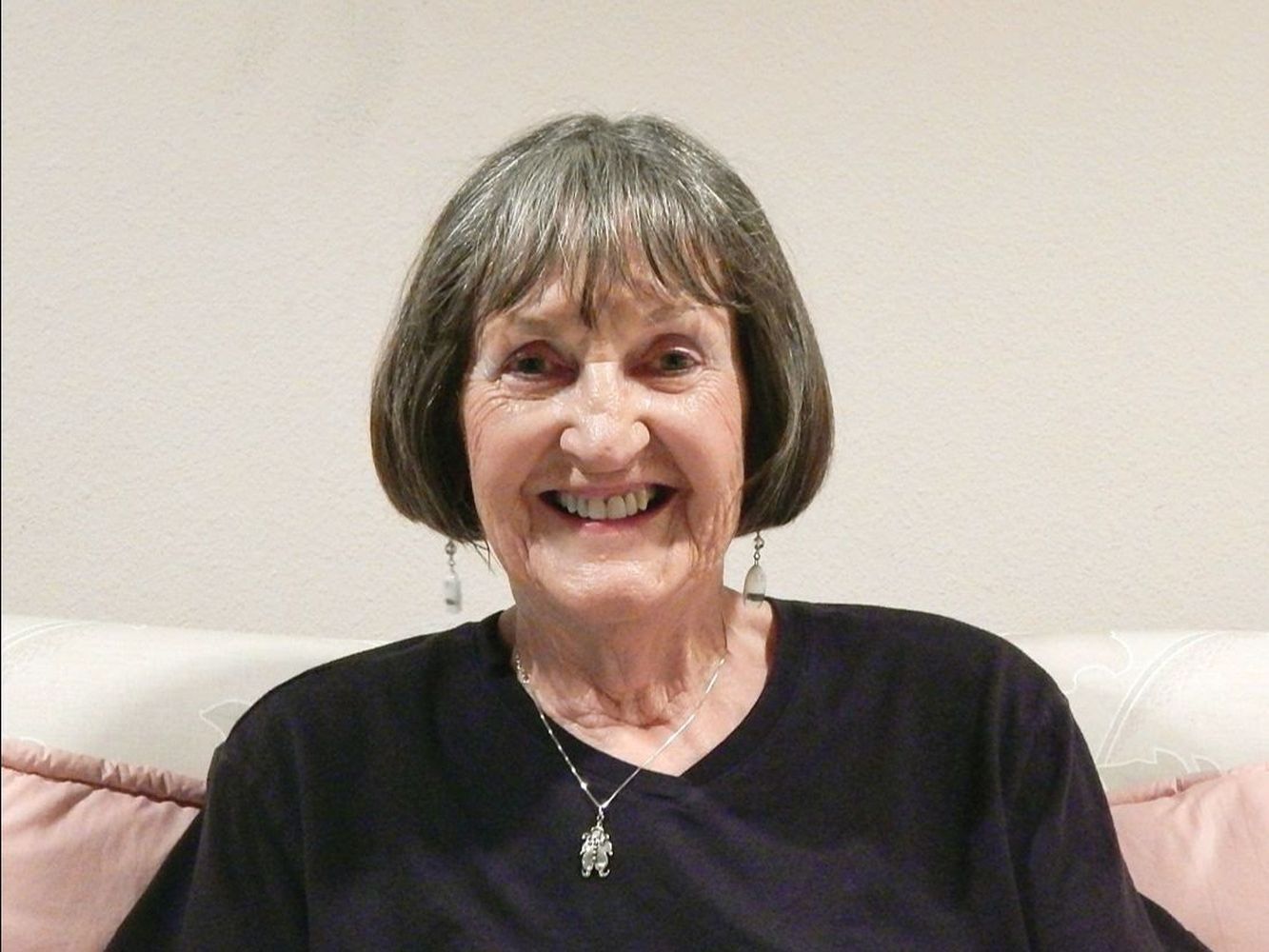 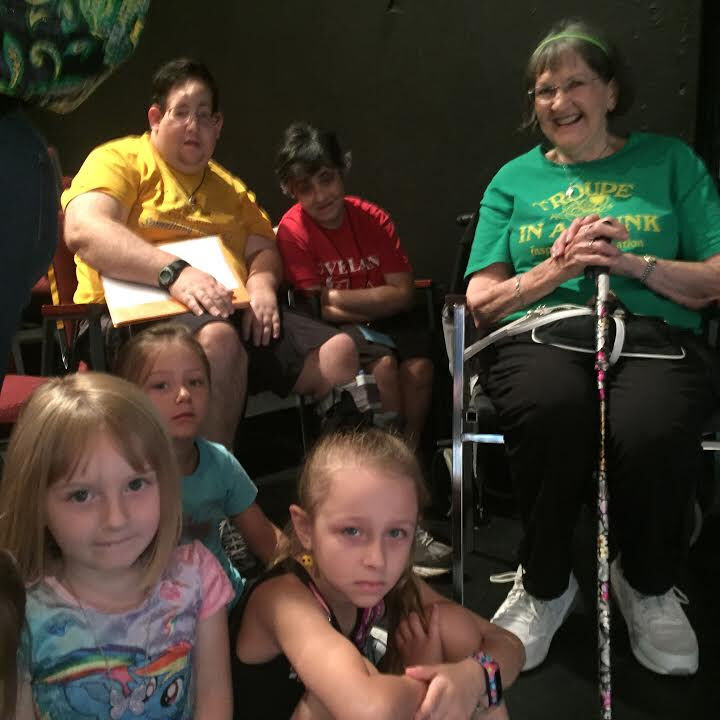 Yvonne Pinkerton was a visionary and an educator who continued to inspire the success of Venice Theatre even as she made her adopted city of Venice a better place in which to live. Shown are some of the former students at Loveland and at Venice Theatre. 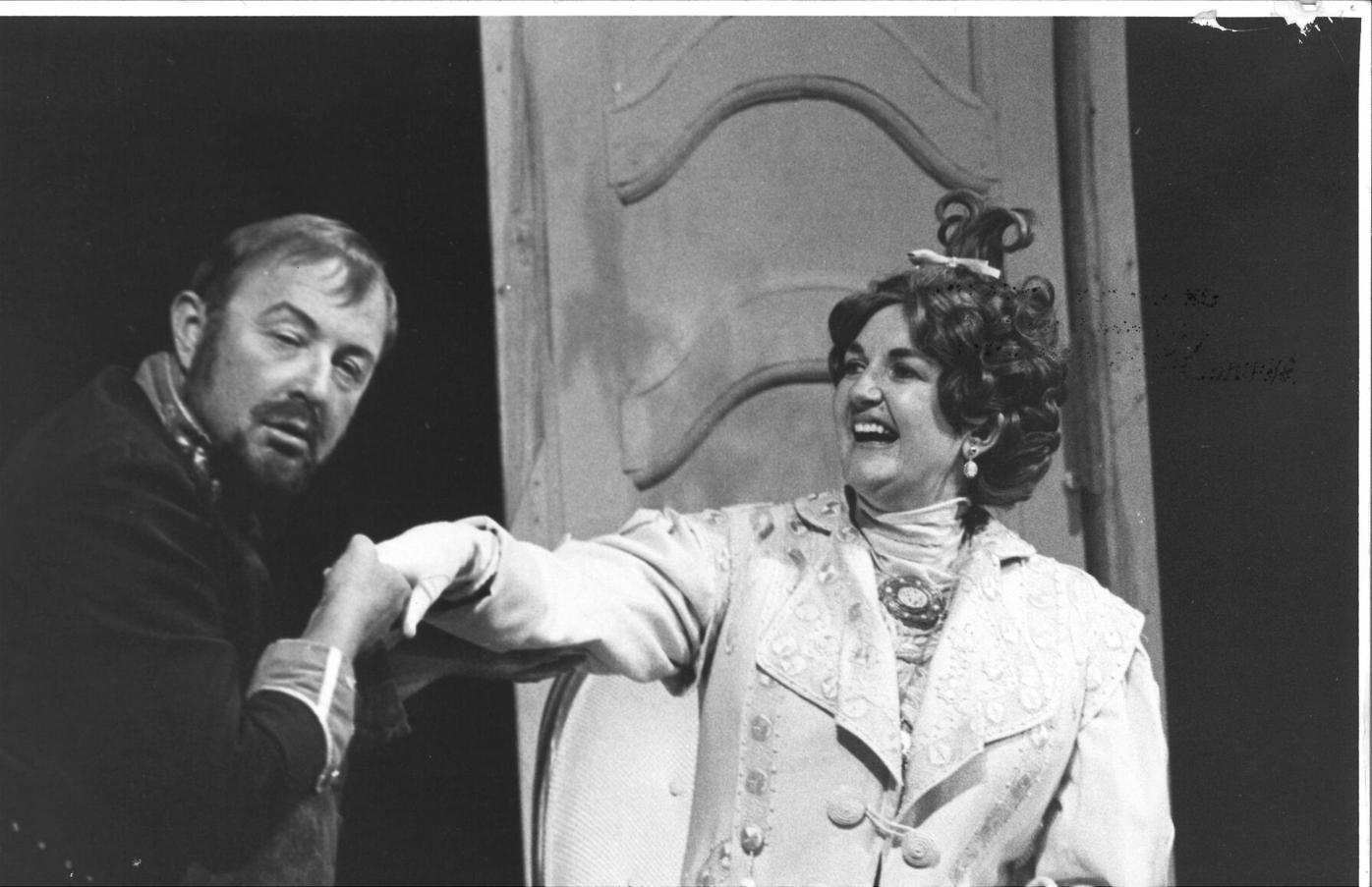 Yvonne T. Pinkerton, right, with David Murray in “Waltz of the Toreadors,” a 1974 production in the then new home of what was known as Venice Little Theatre.

Yvonne Pinkerton was a visionary and an educator who continued to inspire the success of Venice Theatre even as she made her adopted city of Venice a better place in which to live. Shown are some of the former students at Loveland and at Venice Theatre.

Yvonne T. Pinkerton, right, with David Murray in “Waltz of the Toreadors,” a 1974 production in the then new home of what was known as Venice Little Theatre.

Known as “Pinky,” she fell in love with theater in Cleveland, Ohio, where she was born on Sept. 27, 1928, to Arthur and Myra “Happy” Terhune.

She graduated from Case Western Reserve University with a degree in theater arts and married Sam Pinkerton.

They moved first to Wisconsin, then to Illinois, where she was a founder of the Rockford Players.

The young family then moved to Orlando, where she taught theater at Winter Park High School and joined Theatre Winter Park.

“Several of her former Winter Park students came to visit her these last few months at Village On The Isle,” said her son Scott.

In 1969, the Pinkertons came to Venice, where the community theater was in a leaky, old hangar at the Venice Municipal Airport.

In Venice, she joined Emmanuel Lutheran Church, where she would be a member for more than 50 years, and Venice Little Theatre, where she would become a guiding light ultimately leading the theater toward the day that the word “Little” would no longer be an appropriate part of the name.

She developed the Venice High School drama program while teaching there, raising her four children and being the consummate volunteer at Venice Theatre.

That first appearance was in the dilapidated hangar at the airport but the last one was in the present building, which she promoted as the theater’s new home in 1973 while she was guild president. She also suggested the name of the woman to lead the fundraising drive

Back on the guild board in 1995 as vice president, she pushed for the hiring of Murray Chase as the theater’s producing executive director — only the fourth full-time employee and the first full-time executive.

“Now it’s about vision,” she said. “We know we’re entering a new stage here. We’re not going to stop growing and neither is Venice. And if that is what’s happening, we need to plan it. There will be a lot of business and management challenges ahead — we need professionals.”

Improvements at the theater continued.

Pinkerton’s friends and family funded the transformation of the smaller space into the 90-seat black box Yvonne T. Pinkerton Theatre — named for the ardent volunteer and visionary.

Over some 40 years in Venice, she was instrumental in the creation of programs that helped transform the theater into one of the finest in the country while also making it a leader in theater education.

What became more than a commitment to the theater and, in 1995 to Loveland Center, would transform the community as much as its community theater.

Today, Venice Theatre not only has more volunteers (1,500) than any community theater in the United States, but it also has an education program for youngsters through adults.

She was a visionary bringing in more than one traveling entertainment troupe, along with the Loveland Players, which features performers from Loveland Center for the Developmentally Handicapped.

“She stepped out before someone said, ‘Pinky, you need to let it go,’” said Rebecca Hollahn who succeed “Pinky” as head of the Loveland program. “She came to me and said ‘I need to let go of Loveland and you can do it. I believe in you.’ If it weren’t for her I am not sure I would have had a career. She said I could teach children’s classes and then Loveland. She was my seed planter. Whatever she planted, it grew.”

“Pinky” was not only the theater guild president who identified the building that would become the theater’s second home, but she was a fundraiser, creator of its education arm, of its black box theater and more.

The black box space was used first for the Theatre for Young People, which blossomed along with the theater’s education department.

She started Troupe in a Trunk, a volunteer acting group that performs for 10,000 school children every year. She also started the Theatrefest summer camp program and The Silver Foxes, an adult outreach group.

In 2001, she received the American Association of Community Theatre’s “National Spotlight Award” for her contribution to community theater. Also in 2001, the Sarasota County Arts Council awarded her the “Arts in Education Leadership Award.”

In the same year, she was honored by Sarasota County with its Leadership Award in Arts Education.

In a history of the theater, written in 2013, are these words: “The theater would never have been founded and certainly wouldn’t have flourished, without one essential ingredient — volunteers. A few changed it forever. But it was one person whose vision and determination to educate children in theatre arts and reach further into the community who expanded the theater’s entire mission. One person. Yvonne “Pinky” Pinkerton.

Her most recent honor came in 2019 at the theater’s volunteer party with the announcement of a new scholarship — the Yvonne T. Pinkerton Rising Star Scholarship. It is in recognition of a young adult beginning their second act of life who has spent hours and years volunteering and growing at Venice Theatre. It was given to Charlie Kollar and Megan Hartnett.

She received the South Venice Rotary Club’s “Distinguished Community Service Award” in 2002 and the Mayor’s “Pillar of the Community Award” from John Holic in 2013.

She was awarded the Venice Theatre “Alice and Seymour ‘Squiffy’ Smith Volunteer of Distinction Award” in 2005.

When the black box theater was renamed for her, she was asked: “What next?”

“In my next life I want to be a theater clown — for the children,” she responded.

As she stayed the course with her interests, so did her children by inspiration, son Scott said.

The family will have a private virtual service connecting members as far away as Ireland and Australia on Dec. 30, Scott said.

A community service will be held later.

She is also survived by her brother, Terry Terhune (Barbara) and sister, Pat Van Wormer. She was preceded in death by James Samuel Pinkerton.

In lieu of flowers, send donations to Venice Theatre or The Loveland Center.