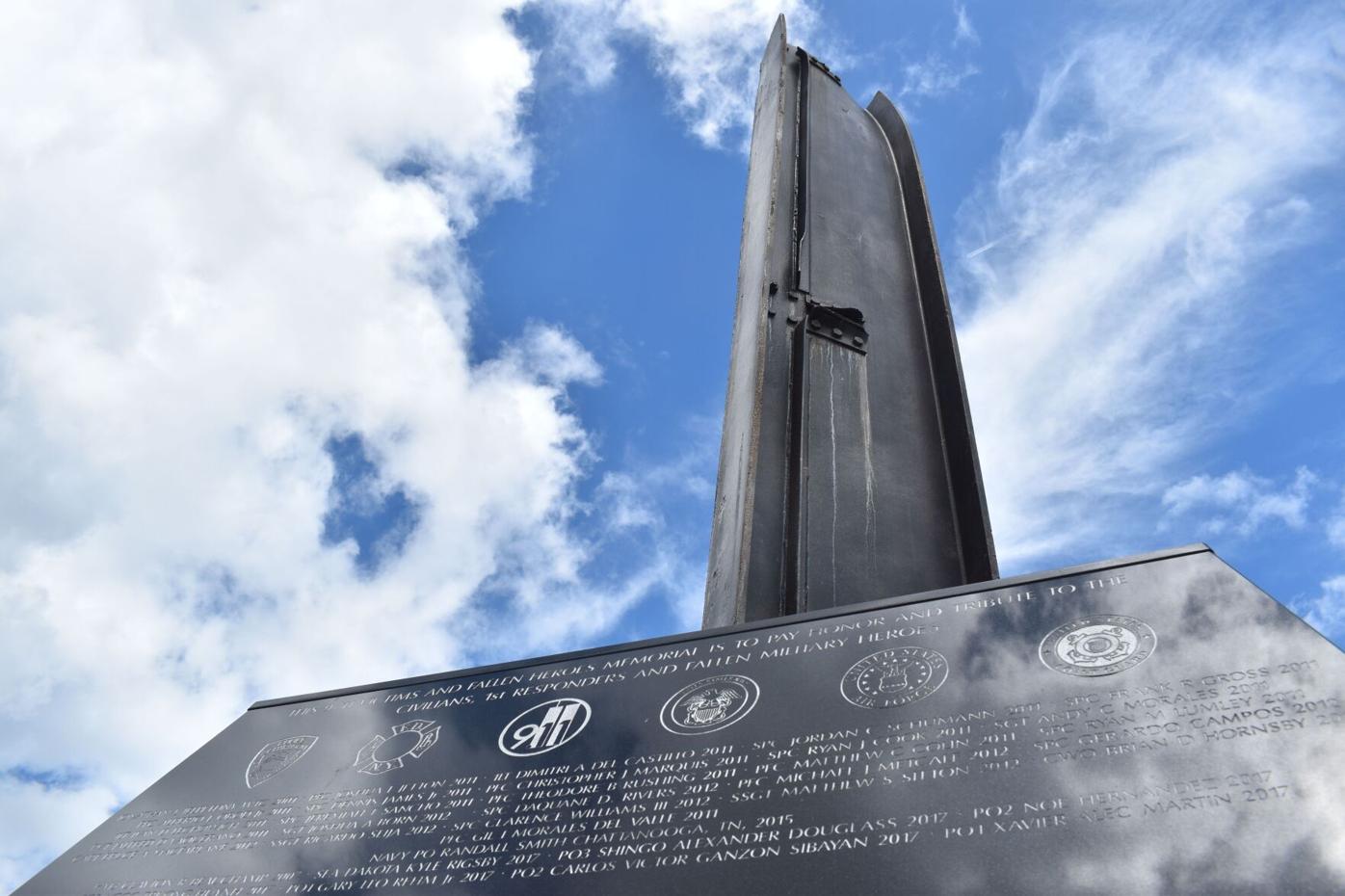 The 9/11 Victims and Fallen Heroes Memorial at Patriots Park in Venice. It includes a beam from the Twin Towers — brought down by terrorists who learned to fly and spent months living in Venice and the area. 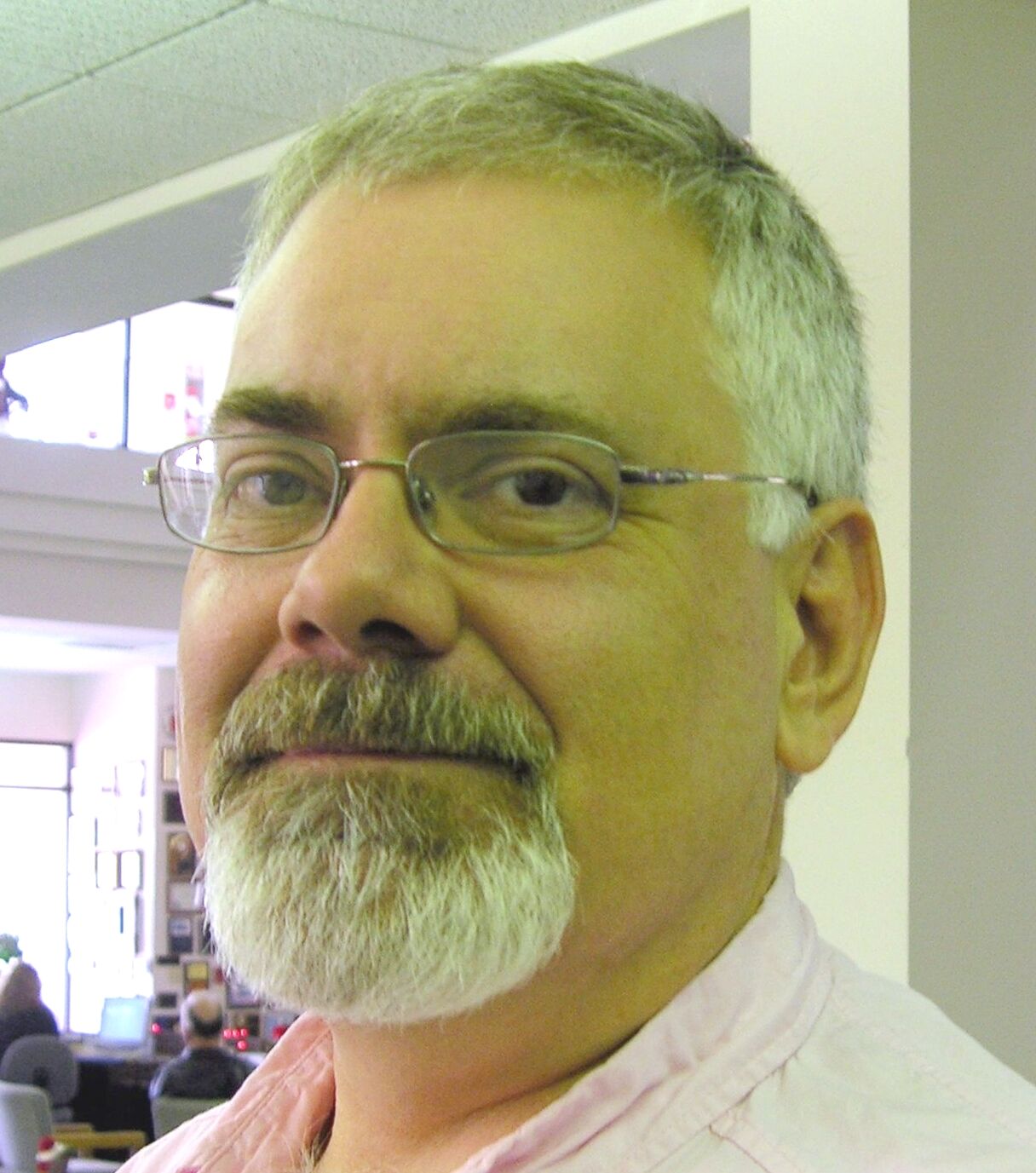 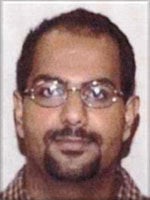 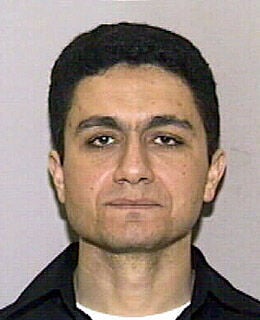 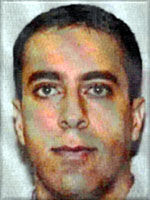 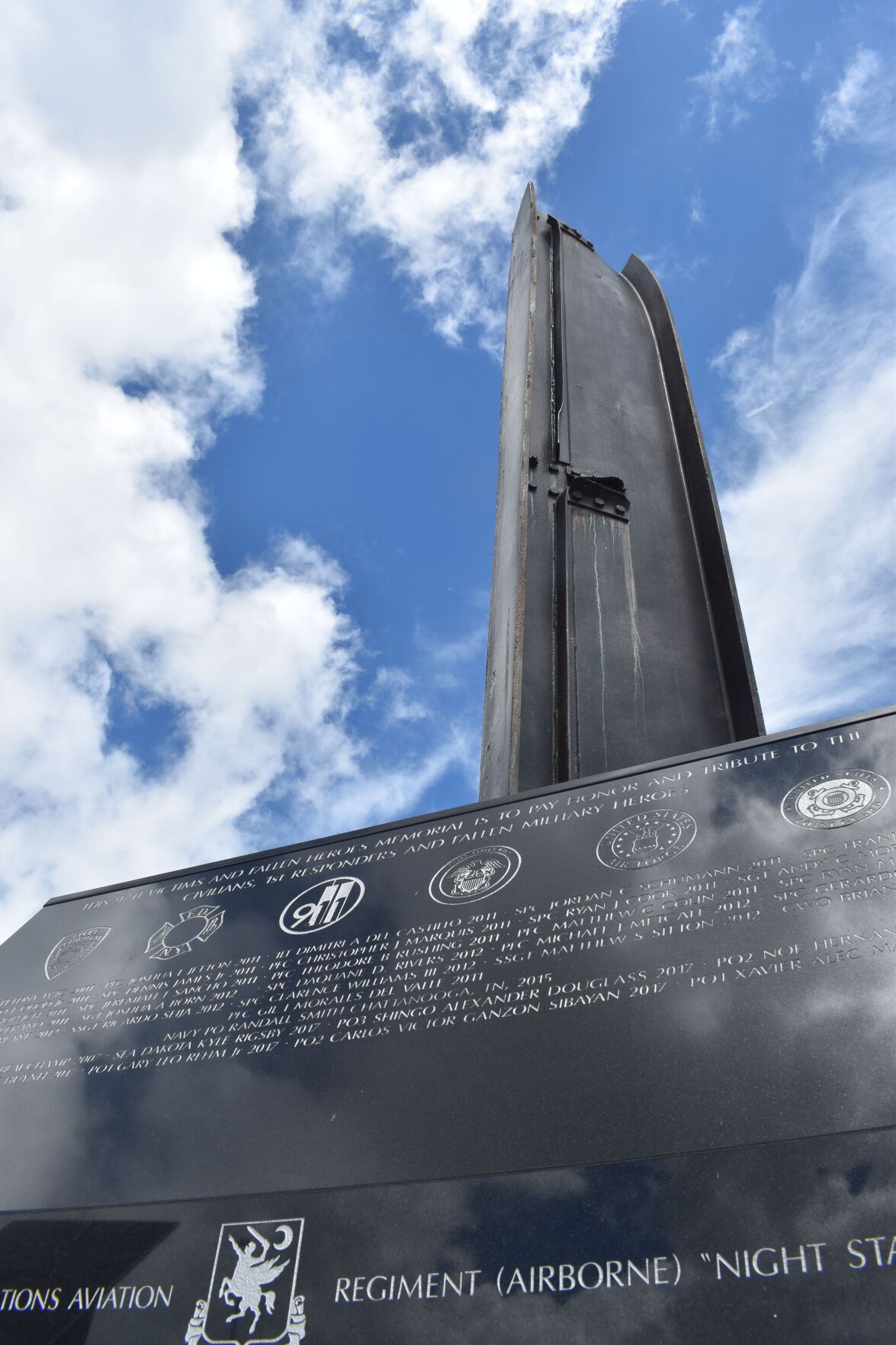 The 9/11 Victims and Fallen Heroes Memorial at Patriots Park in Venice includes a beam from the Twin Towers — brought down by terrorists who learned to fly and spent months living in Venice and the surrounding area.

The 9/11 Victims and Fallen Heroes Memorial at Patriots Park in Venice. It includes a beam from the Twin Towers — brought down by terrorists who learned to fly and spent months living in Venice and the area.

The 9/11 Victims and Fallen Heroes Memorial at Patriots Park in Venice includes a beam from the Twin Towers — brought down by terrorists who learned to fly and spent months living in Venice and the surrounding area.

VENICE — If you think Venice is a sleepy little city now, you should have been here 20 years ago.

And so were three of the people who would carry out on Sept. 11, 2001, what mastermind Khalid Sheikh Mohammed called “the planes operation” — the most horrific and deadly terrorist attack on U.S. soil.

But 20 years ago, in the summer and fall of 2000, they were pretending to be young Middle Easterners interested in learning how to fly, like so many other foreign students in Venice.

Al-Shehhi arrived from Germany in May, the other two in June. Jarrah was the first to make it here, though, and he invited the other two, who were scouting out flight schools in the Midwest, to join him.

He was enrolled at Florida Flight Training Center, then owned by Arne Kruithof; they would sign up at Huffman Aviation, owned by Rudi Dekkers.

All three would earn their commercial pilot’s licenses, then go on to learn on simulators how to maneuver an airliner.

The other leader of the cell was also supposed to come to the U.S. to learn to fly but he couldn’t get into the country. His replacement would take lessons in Arizona, according to the 9/11 Commission report.

Ramzi bin al-Shibh was still involved, though, staying in Europe to help coordinate the attacks: funneling money to the other three cell members and, as the target date approached, working to get the so-called “muscle” terrorists — the ones who would do the actual hijacking and control the passengers — into the country.

But their presence was only needed because four men were able to surreptitiously learn enough about flying jets to be able to use them as weapons.

Of the three terrorists-in-waiting in Venice, Jarrah kept a low profile. He had a German girlfriend with whom he remained close.

Atta, on the other hand, made an impression.

And it wasn’t a good one.

In his book “Welcome to Terrorland,” investigative reporter Daniel Hopsicker, recounts the stories of several people who, post 9/11, said they had crossed paths with Atta and al-Shehhi, whose relationship, some said, created the impression that al-Shehhi was Atta’s bodyguard.

Anne Greaves, a British flight student who often flew the plane Atta trained in before or after his lessons, told an interviewer with the Australian Broadcasting Corp. that her instructor said Atta was connected to the House of Saud.

In fact, he was Egyptian and al-Shehhi was from the United Arab Emirates. Jarrah was Lebanese.

Fifteen of the 19 terrorists were Saudi Arabian, however, including the fourth pilot.

Interviewees remembered Atta as always being well dressed, in contrast to al-Shehhi, who was more casual.

But the things that really stuck with people about Atta were the dead look in his eyes and his unpleasant personality.

“It was just this sort of almost dead expression,” Greaves said. “Just no life in him whatsoever. Robotic. Not a flicker of emotion or excitement or anything. Nothing at all.”

She never detected in them any of the excitement she and her fellow students felt about learning to fly, she said.

She said Atta never spoke to her either, even when their paths crossed following a lesson.

She found it strange, she said, that two Arabs had chosen the same flight school she had that “was really very quietly situated.” She had picked it because it meant more time in the air, she said, which translated to a quicker path to getting a license.

It was something Rudi Dekkers, the owner of Huffman Aviation, touted in recruiting students from Europe where, he once told me, learning to fly took much longer, partly because of the weather — and was much more expensive.

It was cheaper to come here, stay here, get a license and return home than just learning to fly there, he told me.

Dekkers told the ABC he didn’t like Atta “but he was a customer.” But he was reportedly seen partying with Atta as well. Dekkers liked to enjoy himself and liked attention.

However strange Greaves or Dekkers may have considered Atta’s behavior, nothing compelled either of them to contact any authority.

Atta wasn’t looked on more favorably in other settings.

As Muslims, the men should have been teetotalers. But they liked to drink, frequenting establishments in the area including long-gone Crawdad’s, by what’s now known as the Circus Bridge, and the Cheetah Lounge, an “adult entertainment club” in Sarasota, according to Hopsicker.

They stayed for about a week at the home of Dru and Charlie Voss, Dekkers' bookkeeper, before getting kicked out for being “arrogant and sarcastic,” he reports.

I knew Charlie Voss from earlier in 2001 when I talked to him for stories I wrote when Dekkers repeatedly got behind in his rent to the city.

They also stayed for a time at the Sand Piper Apartments, which underwent a name change under new owners a few years ago. They got kicked out of there, too, because their names weren’t on the lease.

Their final connection to Venice appears to have been flying a Huffman plane without permission to Miami International Airport, then abandoning it on a taxiway when it stalled out.

Dekkers said they returned to Venice in a cab.

By then they had gotten their commercial licenses and were ready to move on to the next phase of their training.

I was cutting the grass when a neighbor came across the street and told me a plane had flown into the World Trade Center. We remarked on what a strange occurrence that was.

When a short time later he told me it had happened again, it was clear that something was very wrong.

Then, as now, I had the city beat, and there was a City Council meeting that day, beginning at 1:30 p.m. It was over quickly after a prayer was offered for the victims in New York.

At that point there was no reason to believe the tragedies were connected to Venice in any way.

But Greaves told the ABC she had an inkling.

“I remember saying out loud, ‘My God I hope it has nothing to do with the Arabs,” she said. “My first thoughts were of these two Arabs at Huffman; that’s how much of an impression they had made on me that their motives were not in becoming competent pilots.”

Dekkers said he found out the next morning along with the rest of the world.

So did I, though a little more directly.

At about 7:30 Wednesday morning our then-editor called me to say the FBI had a house in South Venice staked out because of a potential connection to the terrorists. He’d gotten the information from his girlfriend, who worked for a Fort Myers TV station.

I got to the address as quickly as I could and found a crowd of reporters milling about. I asked someone whose house it was supposed to be and he told me, “somebody named Voss.”

It took a couple of seconds before the name clicked and everything fell into place.

• Ziad Jarrah flew United Airlines flight 93, which crashed into a field in Pennsylvania after the passengers fought back against the hijackers.

• Rudi Dekkers sold Huffman Aviation in 2003. Suncoast Air Center now operates from the building. He would write a book about his involvement with the pilots, “Guilty by Association.” He was arrested on drug charges in 2012.

"It was just this sort of almost dead expression...Just no life in him whatsoever. Robotic. Not a flicker of emotion or excitement or anything. Nothing at all." - Anne Greaves, a British flight student, speaking to Australian Broadcasting Corp. about Mohamed Atta