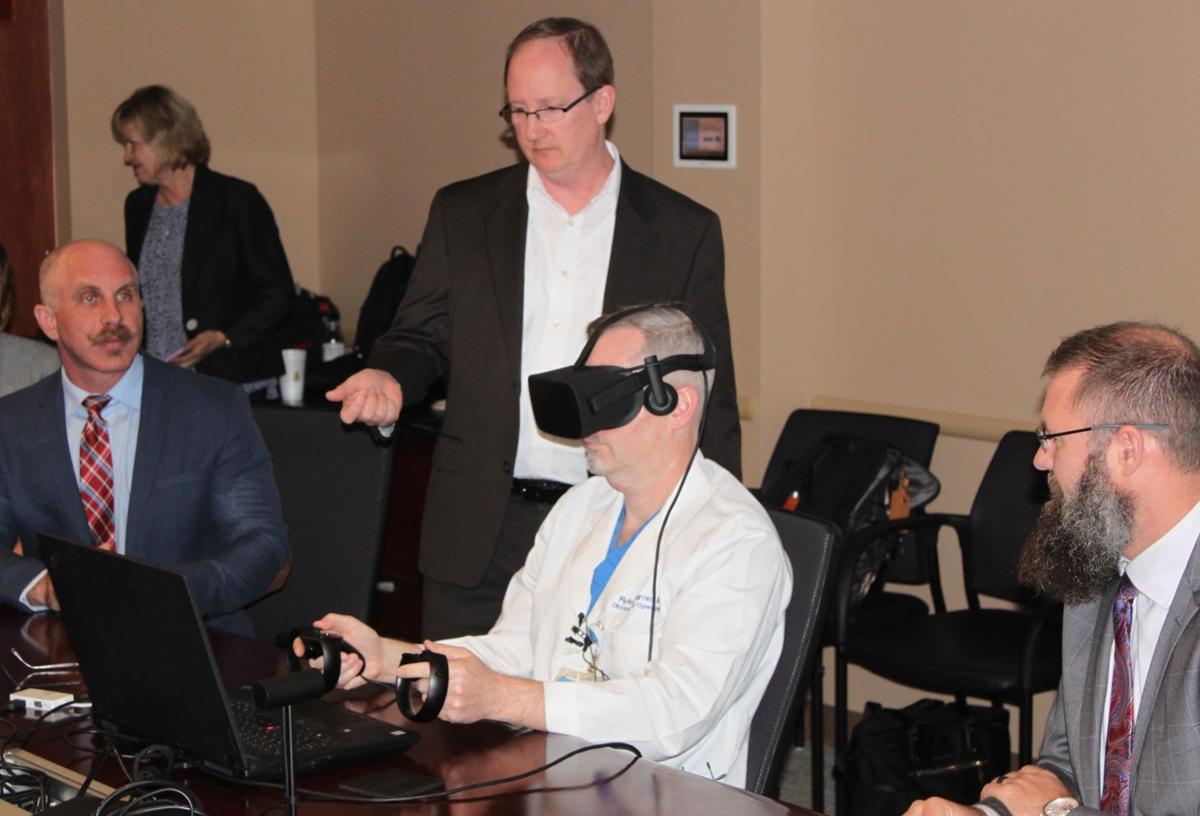 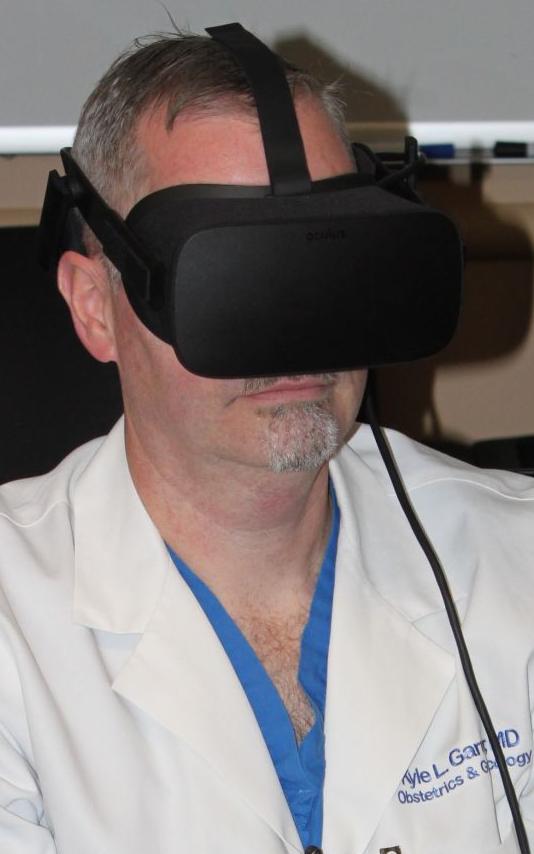 Dr. Kyle Garner on tour via the Oculus Rift headset. 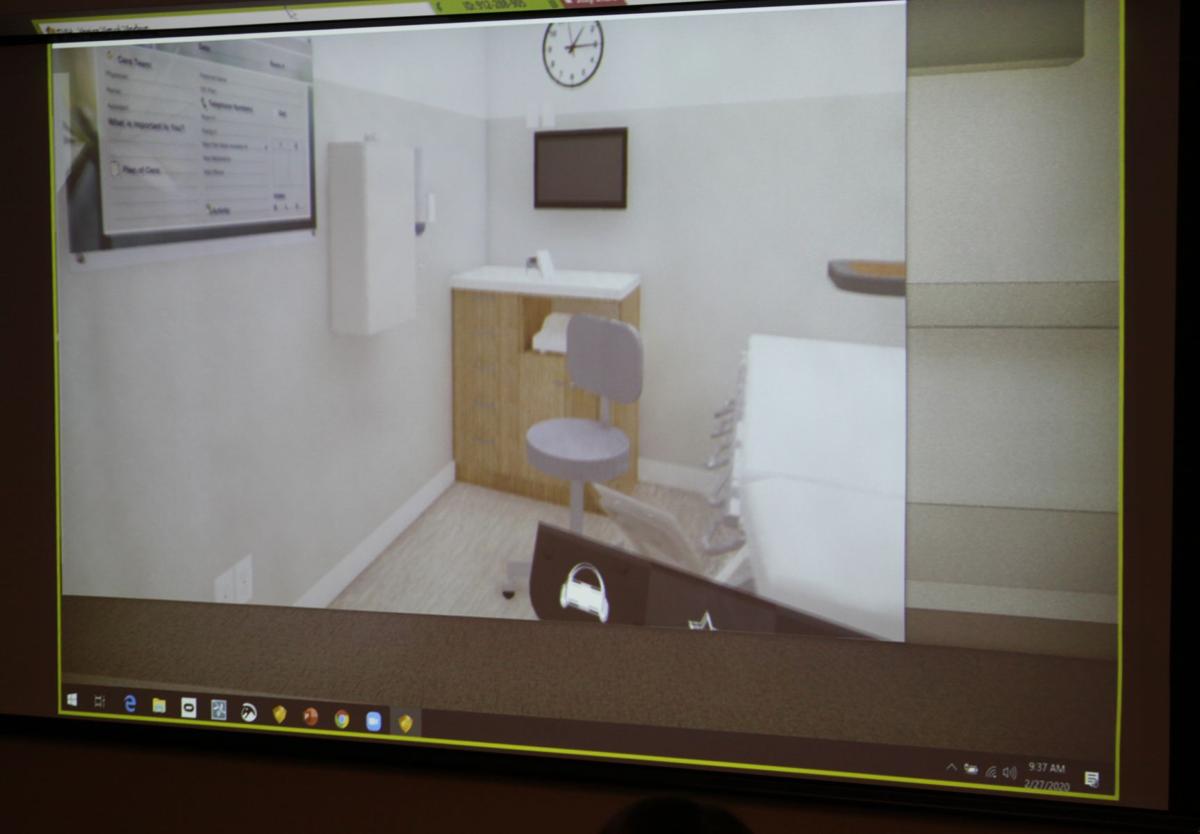 Spectators saw a 2-D version of the 3-D images in the virtual tour. 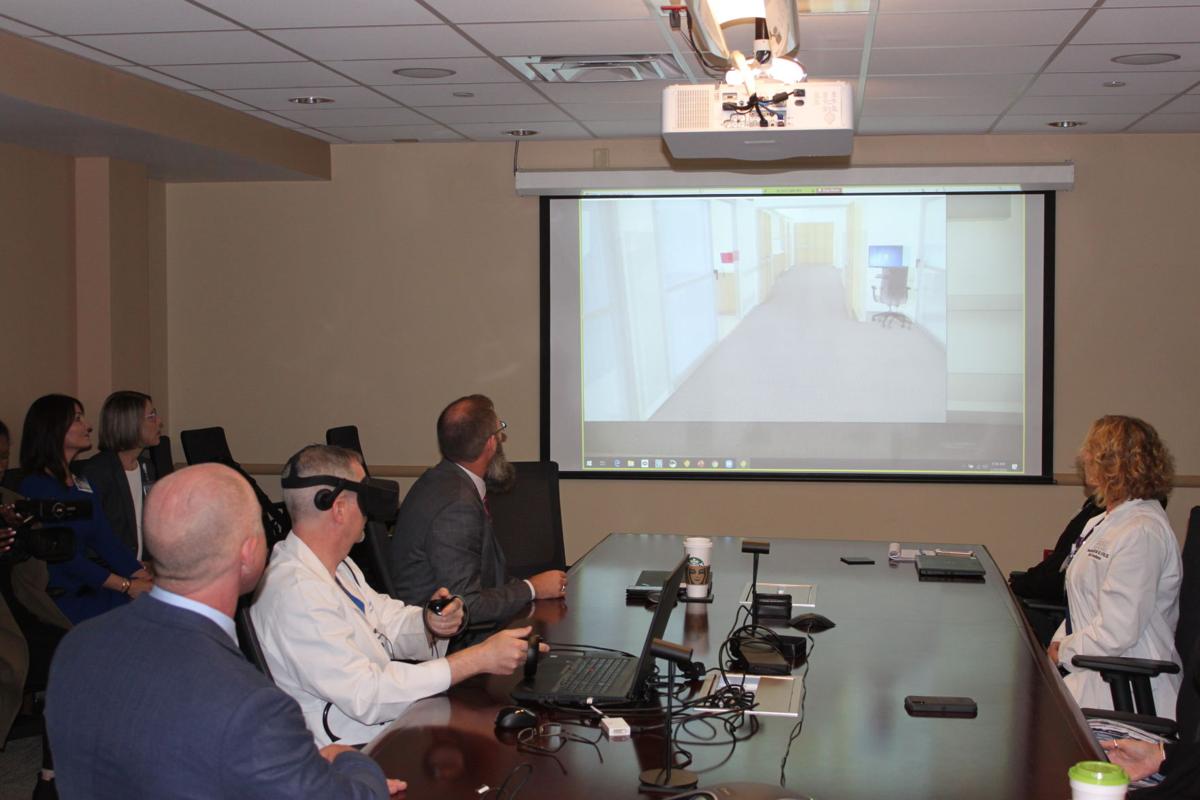 Dr. Kyle Garner “walks” in a hallway in the virtual Sarasota Memorial Hospital-Venice. 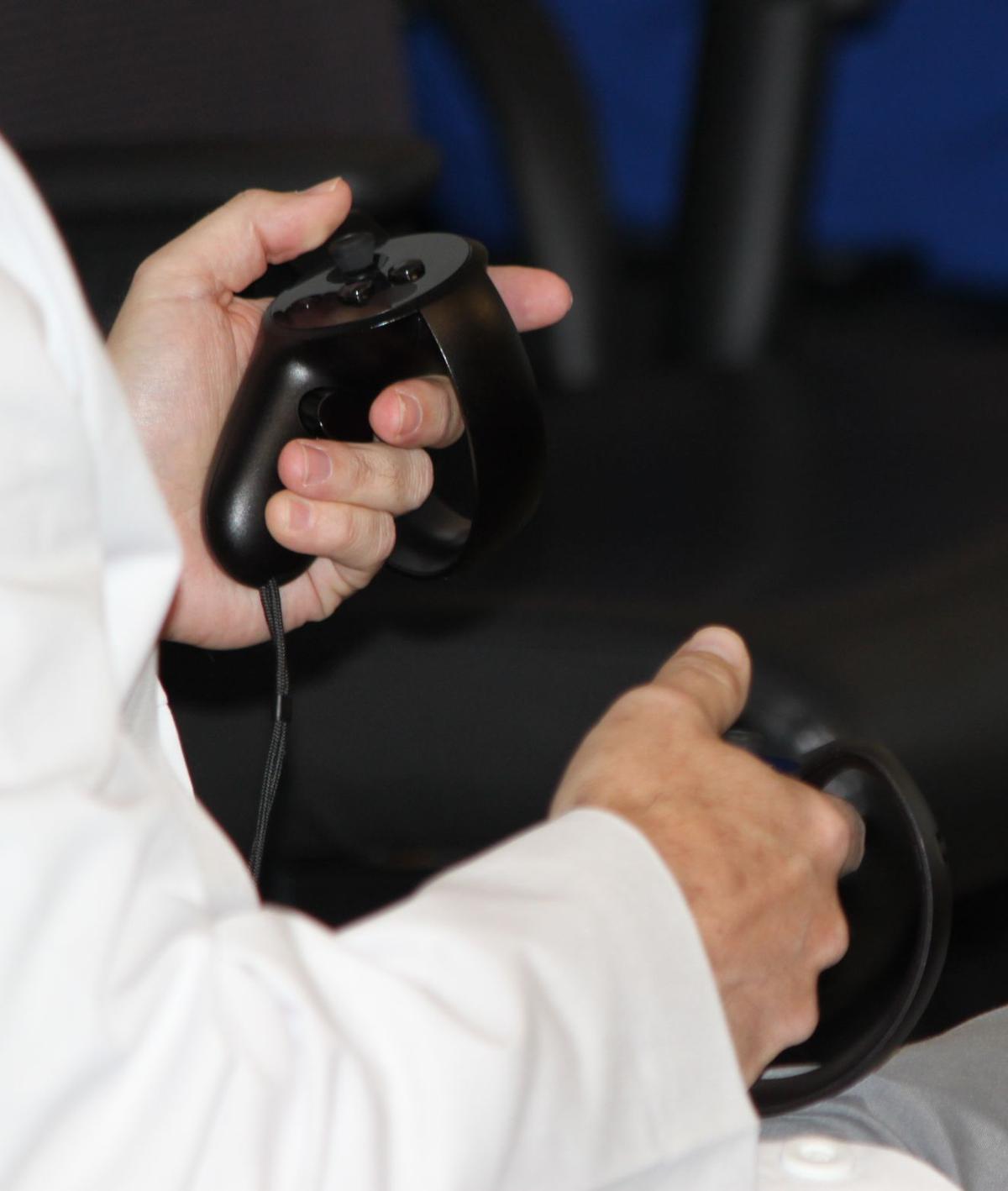 These controllers let the person on “tour” maneuver through the virtual hospital. 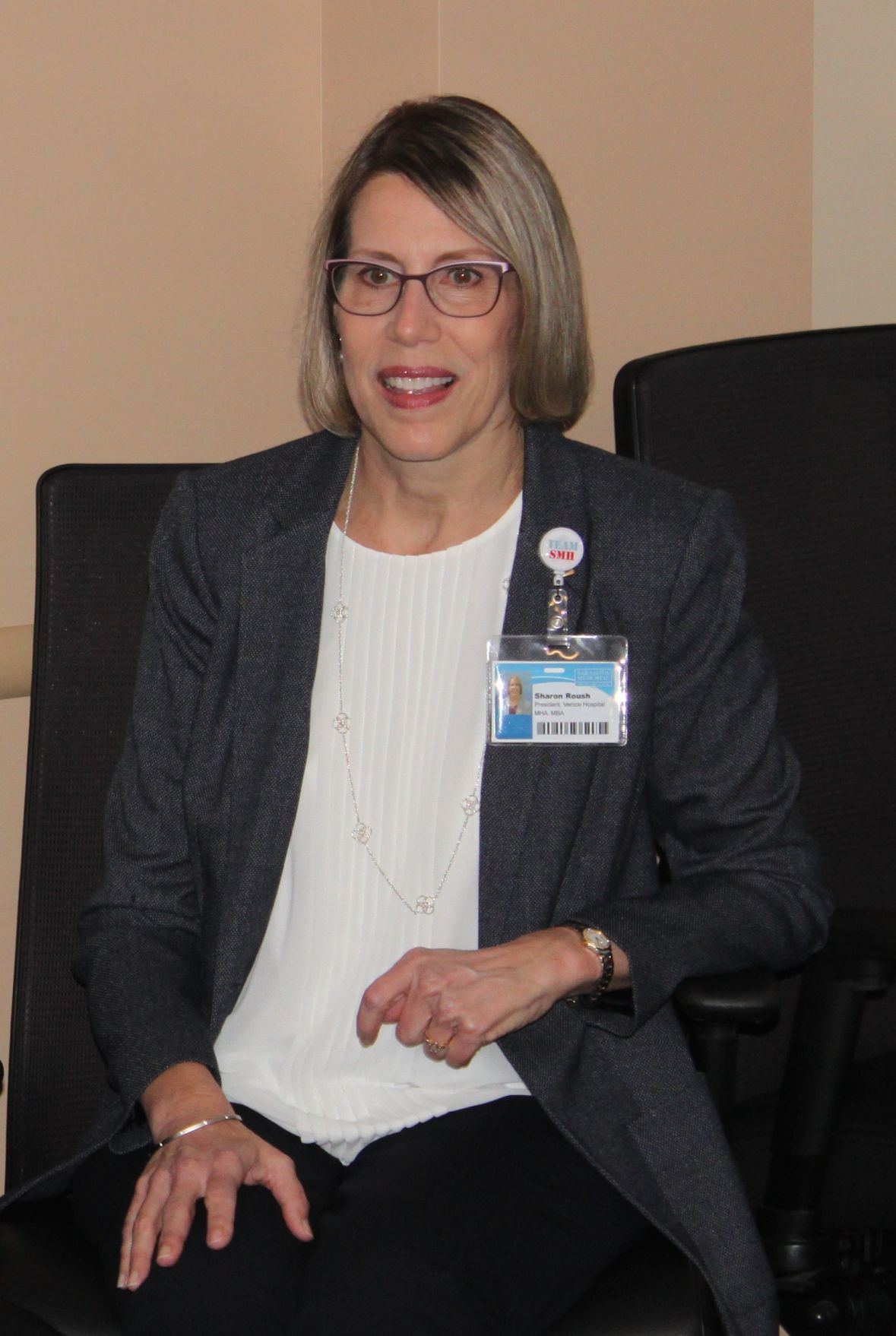 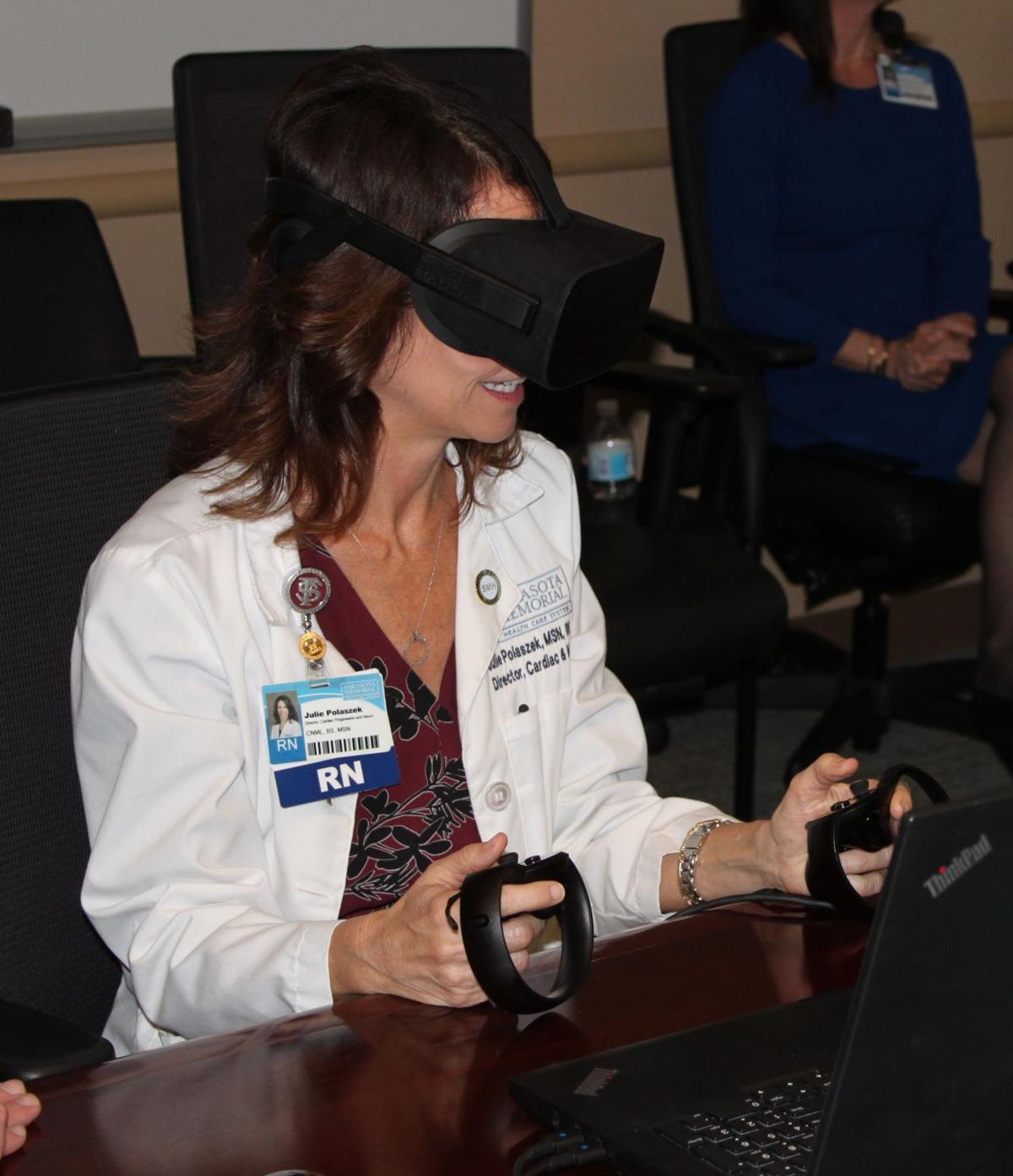 Julie Polaszek, director of Cardiac Progressive and Neurology, explores a patient room in the virtual hospital. 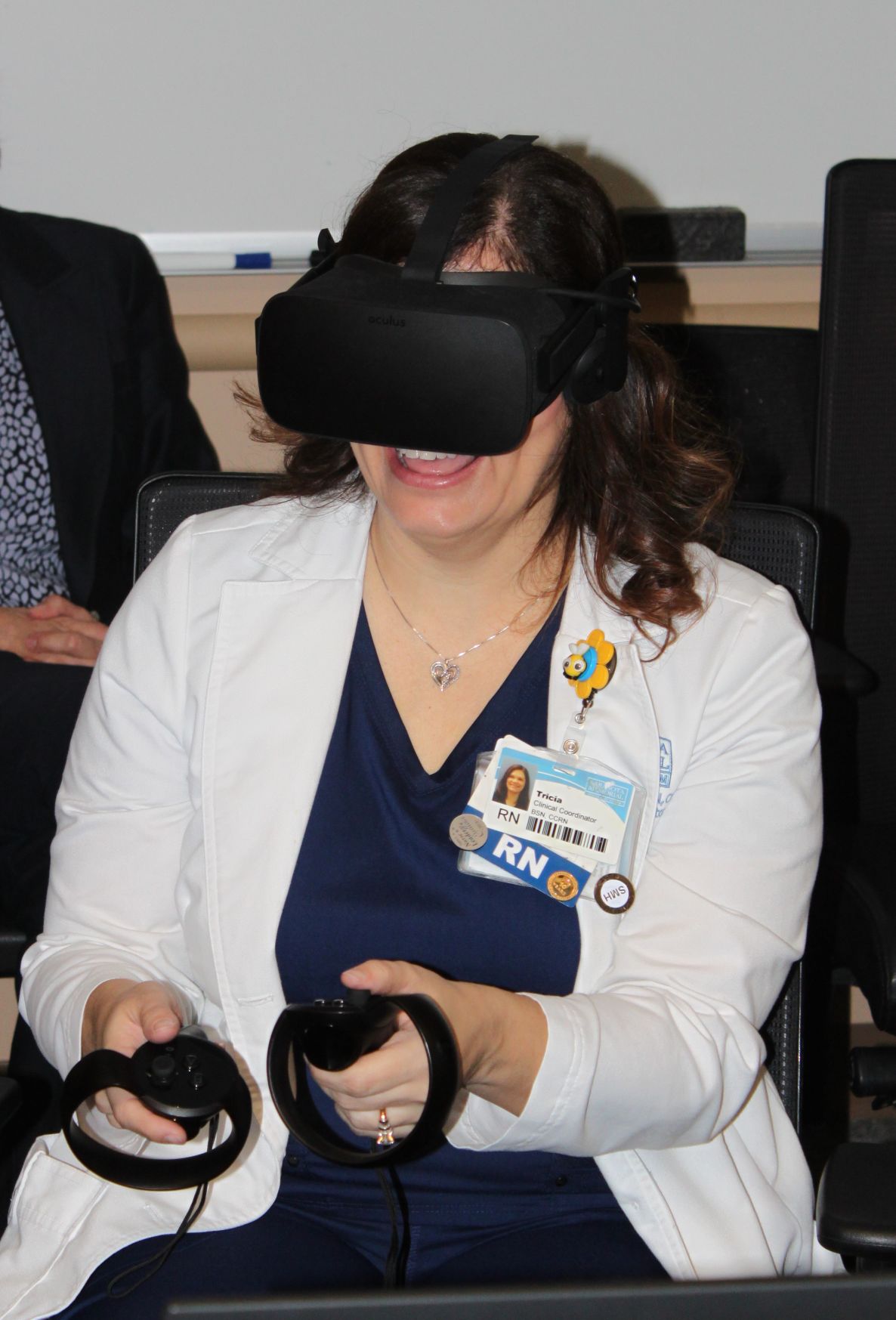 Dr. Kyle Garner on tour via the Oculus Rift headset.

Spectators saw a 2-D version of the 3-D images in the virtual tour.

Dr. Kyle Garner “walks” in a hallway in the virtual Sarasota Memorial Hospital-Venice.

These controllers let the person on “tour” maneuver through the virtual hospital.

Julie Polaszek, director of Cardiac Progressive and Neurology, explores a patient room in the virtual hospital.

SARASOTA — Sarasota Memorial Hospital clinicians are virtually certain the new Venice hospital will enable them to provide state-of-the-art care to their patients.

Using 3-D technology, on Thursday, they took a virtual reality “tour” of much of the new facility, which is currently under construction.

It’s still about 18 months from completion.

Dr. Kyle Garner, who does robotic surgery, found it a little nauseating — the technology, not the facility, which he praised.

Wearing an Oculus Rift headset and using Enscape software enabled him to wander the halls of the “building,” entering any room that had an open door. They were “furnished” as the real rooms will be so he could evaluate whether patient care could be rendered quickly, efficiently and safely.

“The rooms just work,” he said.

In clinical areas he was viewing them as a doctor, he said, but he tried to view patient rooms like a patient. He found them warm and welcoming.

“It’s kind of like walking into a hotel,” he said.

Venice campus CEO Sharon Roush said cardboard mockups of the rooms had been prepared as part of the design process.

“When you’re designing 100 patient rooms you really want to make sure you get it right the first time,” she said.

Jean Lucas, the chief nursing officer for SMH-Venice, said that the designs are about 75% complete. The virtual tour was planned to solicit comments for continuing the work.

The design team came out of a similar meeting with people who will staff the emergency department with a page of notes, Roush said.

Few shortcomings in other locations were noted.

After Julie Polaszek, director of cardiac progressive and neurology, donned the headset to explore a patient room, she had trouble finding the emergency alert cord by the shower. It needs to be moved to be made more visible and accessible, said Kevin Schellenbach, one of the hospital’s architects.

To Dr. Jason Kurecki, one of the biggest improvements in patient rooms is that they’re all private. Also ranking highly with him is the placement of the TV in the room on the wall.

Tricia Micallef, nurse/clinical coordinator, remarked several times about the amount of light that large windows will let into each room.

“I just love the light,” she said. “That’s just such a game-changer for everyone’s mental health.”

She also remarked on the zero-entry showers that the technology enabled her to “see.”

“My techie 8-year-old would be so impressed with mom today,” she said.

“It feels so real, like I’m in here ready to work.”

It will still be a while before virtual reality becomes real reality.

Architect Joe Birdwell said the fifth floor of SMH-Venice is being poured, with only the roof left after that. Roush said the topping-out is set for April 2. However, opening of the hospital won’t be until the fall of 2021.