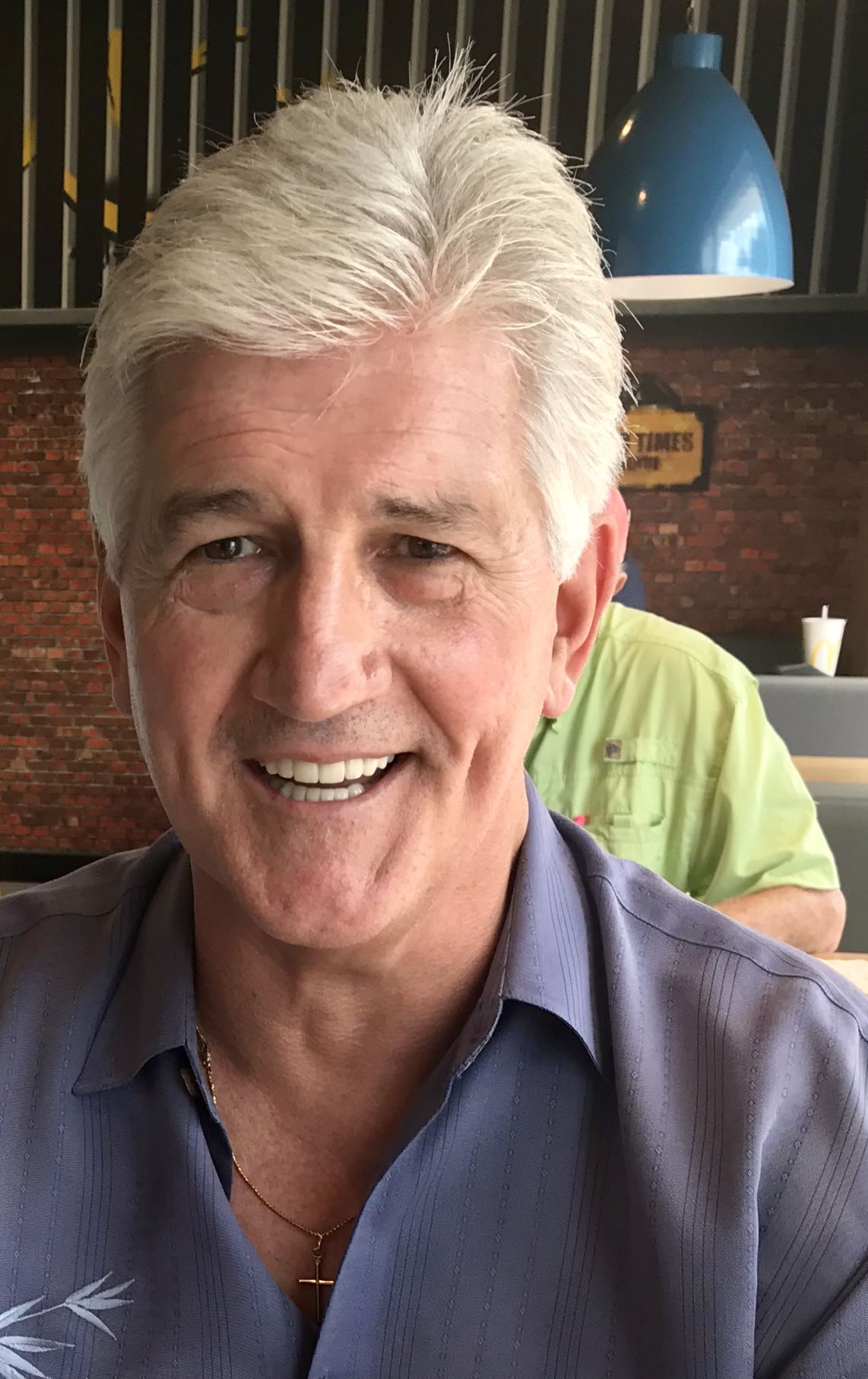 While overseeing completion of his North Port renovation, Fort Myers-based owner Tim Fenton spoke with the Sun about his 17 Southwest Florida remodels. 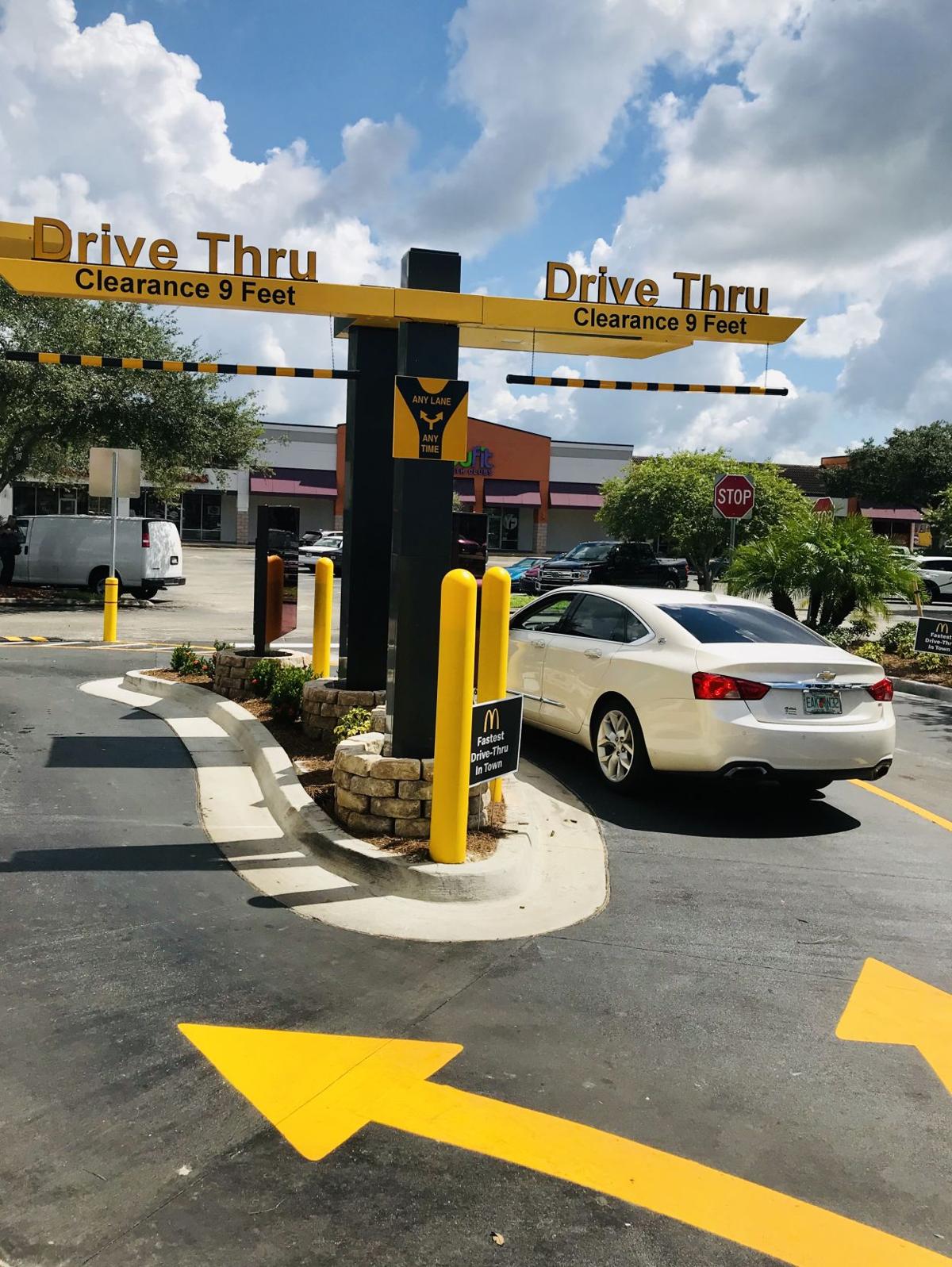 Double drive-thrus are key to McDonald’s redesigns. Owner Tim Fenton built up one Fort Myers store to two stories to accommodate a drive-thru.

While overseeing completion of his North Port renovation, Fort Myers-based owner Tim Fenton spoke with the Sun about his 17 Southwest Florida remodels.

Double drive-thrus are key to McDonald’s redesigns. Owner Tim Fenton built up one Fort Myers store to two stories to accommodate a drive-thru.

NORTH PORT — As former chief operating officer of McDonald’s, Tim Fenton oversaw business operations for more than 35,000 McDonald’s restaurants in over 100 countries. Before that, he lived overseas for 16 years, launching flagship stores in China, the Middle East and Eastern Europe, and served for seven years as president of McDonald’s Asia, Pacific, Middle East and Africa, where he was accountable for the 38 countries and more than 8,800 McDonald’s in that region.

Although he retired six years ago as COO, Fenton is in his 46th year with McDonald’s and now owns 17 Southwest Florida McDonald’s restaurants. They’re among 14,000 U.S. McDonald’s being remodeled as the fast-food giant forges its way into the future.

Fenton recently talked with the Sun about his revamped McDonald’s in Fort Myers, Port Charlotte and North Port.

The hands-on owner bussed a tray for one customer before deftly directing traffic through his brand-new North Port double drive-thru.

“There you go! Twice as fast,” he called after them, before sitting down in the North Port store to talk about his efforts of the last five years.

How long has it taken to remodel the North Port location?

Of my 17 restaurants, North Port was the 12th remodel in the last five years. What we have here is what we’re looking to do in Charlotte Harbor, starting in mid-September. I’d like to start Charlotte Harbor tomorrow, but there’s a lot to do there, with a new cut-through entrance along with a double drive-thru. It should be open by December, in time for season.

With all the economic development that will come with Sunseeker Resort, I see the Charlotte Harbor store as a local flagship.

Do all of your new designs invest in that double drive-thru?

Yes. Some 65 to 70% of our business comes through the drive-thru.

In this day and age, it’s a world of convenience, especially for millennials. People who come to McDonald’s want to get in and out quickly. If I can take two at the same time and funnel them in, I’m working twice as fast.

Some of our double drive-thrus, like North Port’s, are side by side. Down at Promenades in Port Charlotte, we just finished converting to a side-by-side.

We didn’t have the space to widen the Fort Myers store at Colonial Boulevard and Summerlin Road for its double drive-thru. So we went up, adding a second story for the kitchen and additional dining. Its seating doubled from 45 to 90. I did a lot of stores like that in Asia, where space in the inner city is at a premium.

We also put in what I call “The Transporter,” a conveyor basket that brings food down from the kitchen, and an elevator for guests.

It’s only the second two-story McDonald’s in the country. The other one is at Boston’s Logan International Airport.

What else is involved in these “Experience of the Future” redesigns?

Well, the future is now.

Customers were telling us, “We grew up. McDonald’s didn’t.”

So our new stores have added digital ordering kiosks. My mother wouldn’t use one, but millennials will.

The redone stores also have new dining room murals that capture their location. We have the Edison & Ford Winter Estates and the Yacht Basin in Fort Myers. Here, at North Port, there’s a bridge like the Charlotte Harbor bridges.

I really enjoy landscaping, too. I’ve installed plants, palms and hanging baskets all around the drive-thru here. I’ve even planted and mowed strips of surrounding property that aren’t mine. I figured, who’d object to improving the overall look of the area?

What’s next for you locally?

After Charlotte Harbor is done, the Murdock McDonald’s will require demolition, not because it’s going to two stories, but because the building is so old. It dates back to the mid-1980s.

It’s almost more efficient to tear it down. Starting off-season, next June, Murdock will take about 120 days to demolish and rebuild.

And then I’ll be done. I’ll have 17 brand-new McDonald’s.