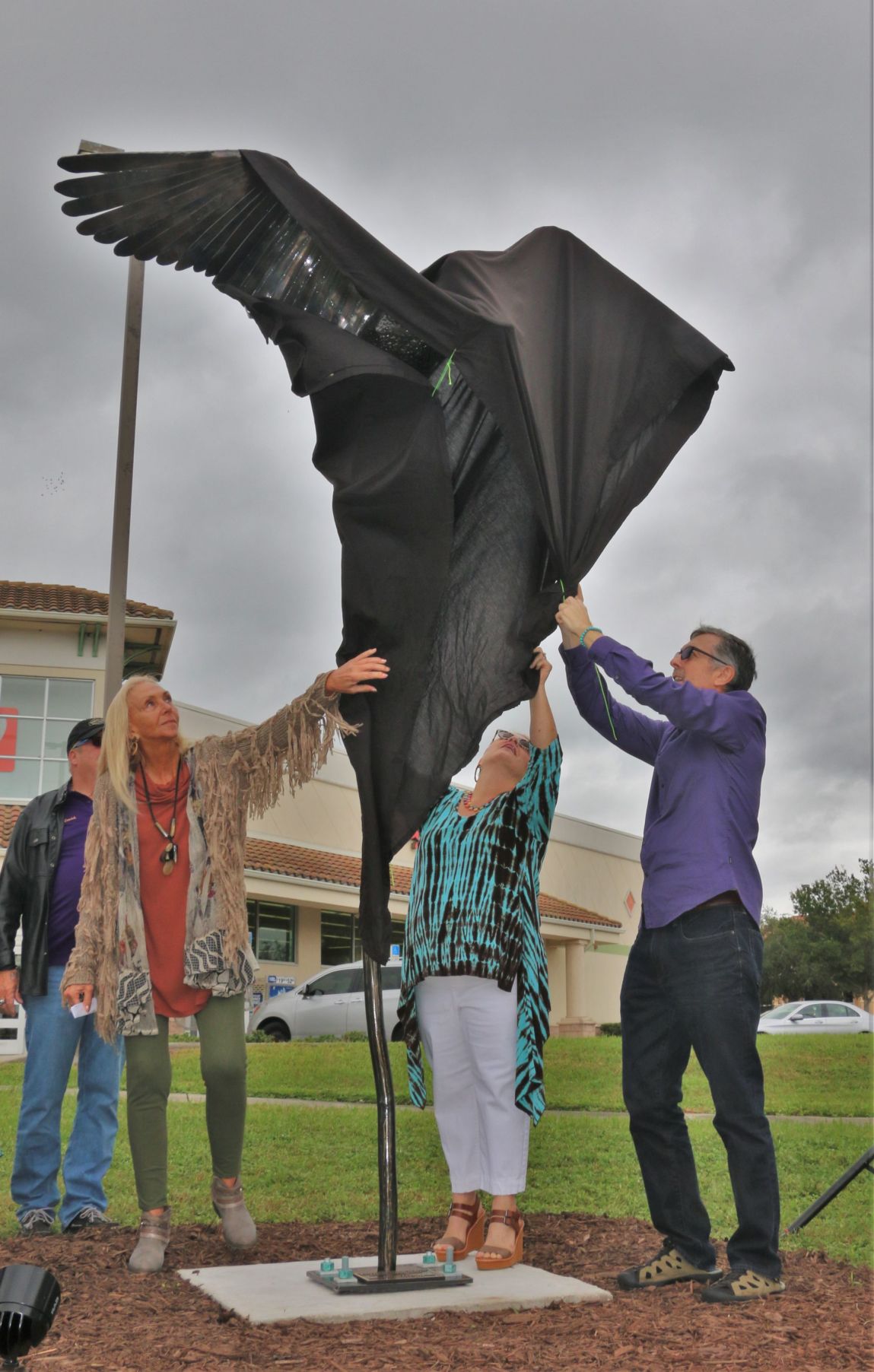 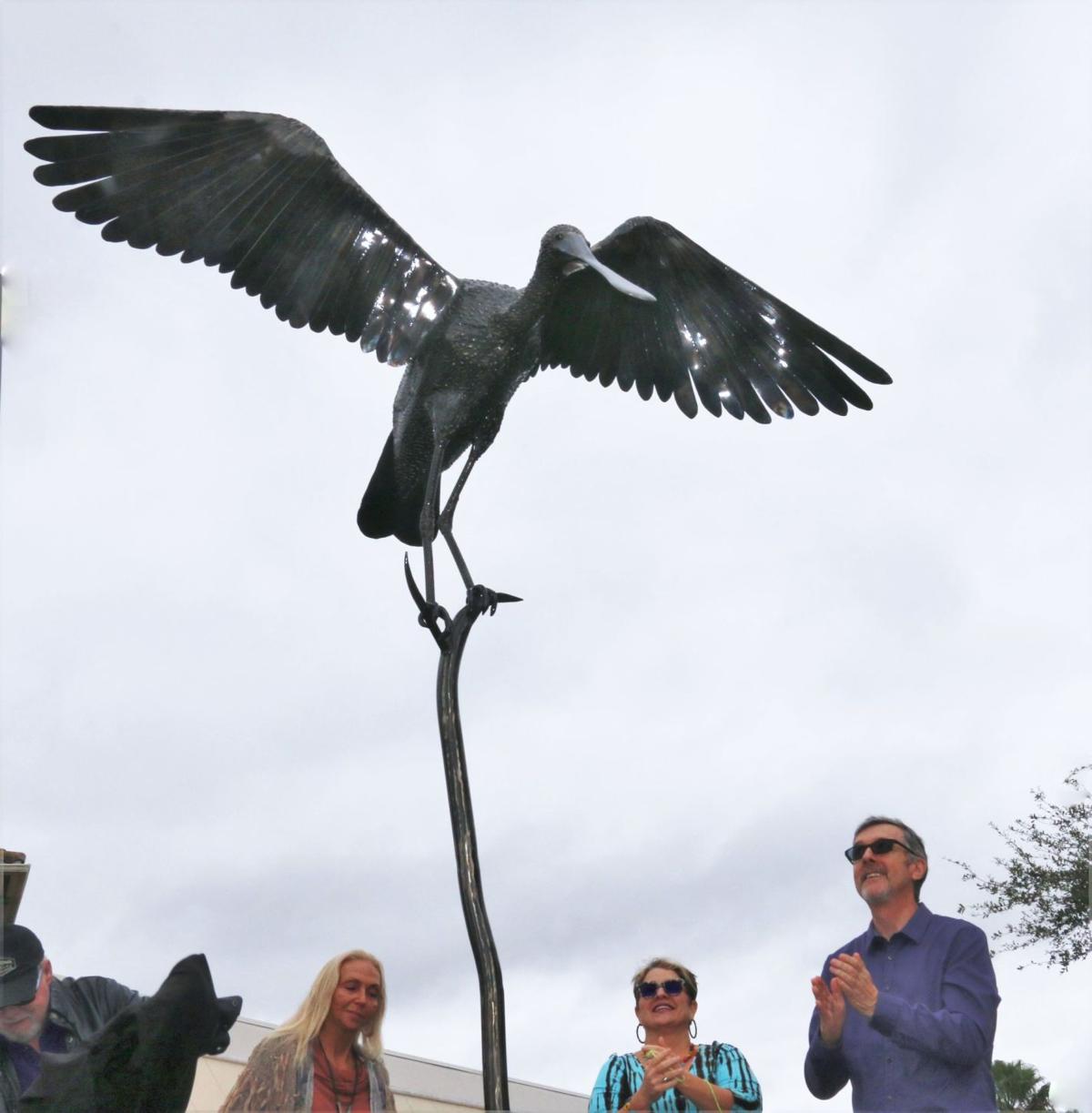 The Roseate Spoonbill, a 10-by-7 foot steel piece of art, now displayed at the corner of Price and Sumter boulevards.

The Roseate Spoonbill, a 10-by-7 foot steel piece of art, now displayed at the corner of Price and Sumter boulevards.

NORTH PORT — North Port has its newest landmark, a 10-foot-tall steel statue of a roseate spoonbill, a bird native to Florida and often seen in quieter parts of the city.

City officials unveiled the piece Saturday during a brief ceremony at the artwork’s new home at Price and Sumter boulevards.

It was created by artist Donald Gialanella, who lives in both New Jersey and St. Petersburg, and has pieces on display in Orlando, Pompano Beach, the city of Tamarac, and other places, including the Dali Museum of Art in St. Petersburg.

The North Port City Commission approved the piece with the help of the Art Advisory Board for $10,000.

There was some talk about painting it pink, which is the natural color of spoonbills, but the artist requested it be left unpainted.

“It will be incredibly strong, weatherproof and safe for human interaction,” Gialanella told city officials in May.