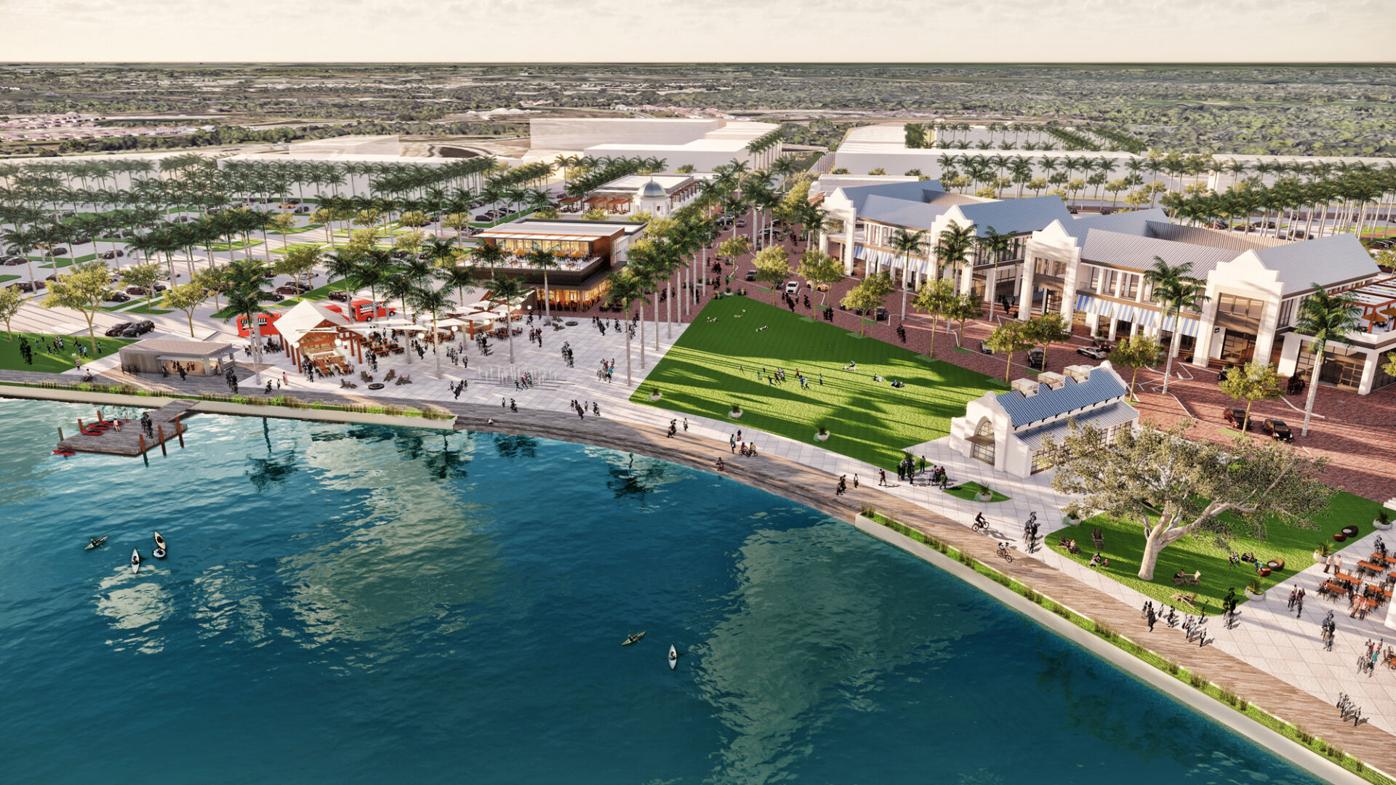 A rendering suggests what Wellen Park may look like some time in the near future. 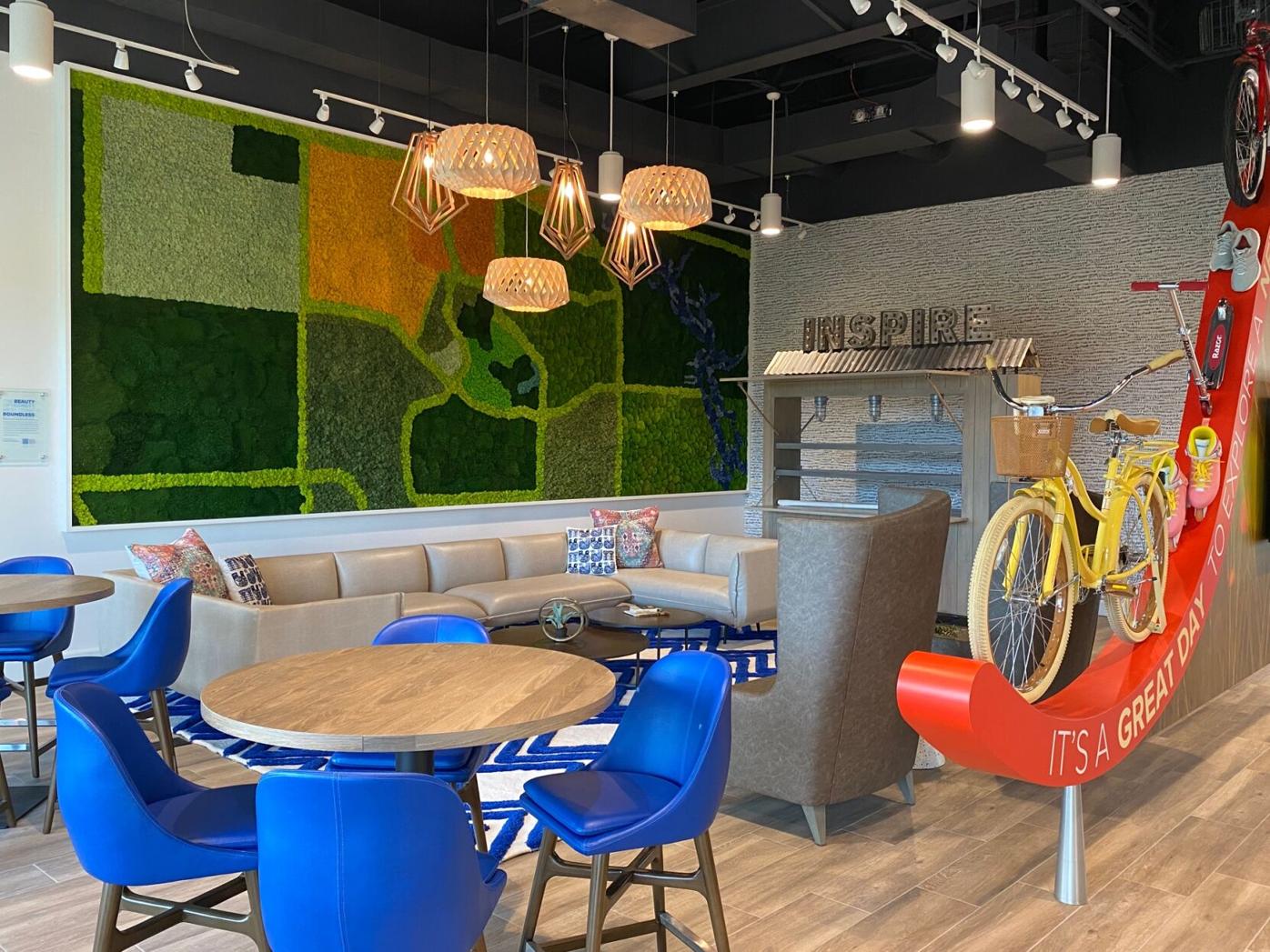 The Wellen Park Welcome Center is now opened for the community — which remains the fourth-fastest master-planned communities in America. 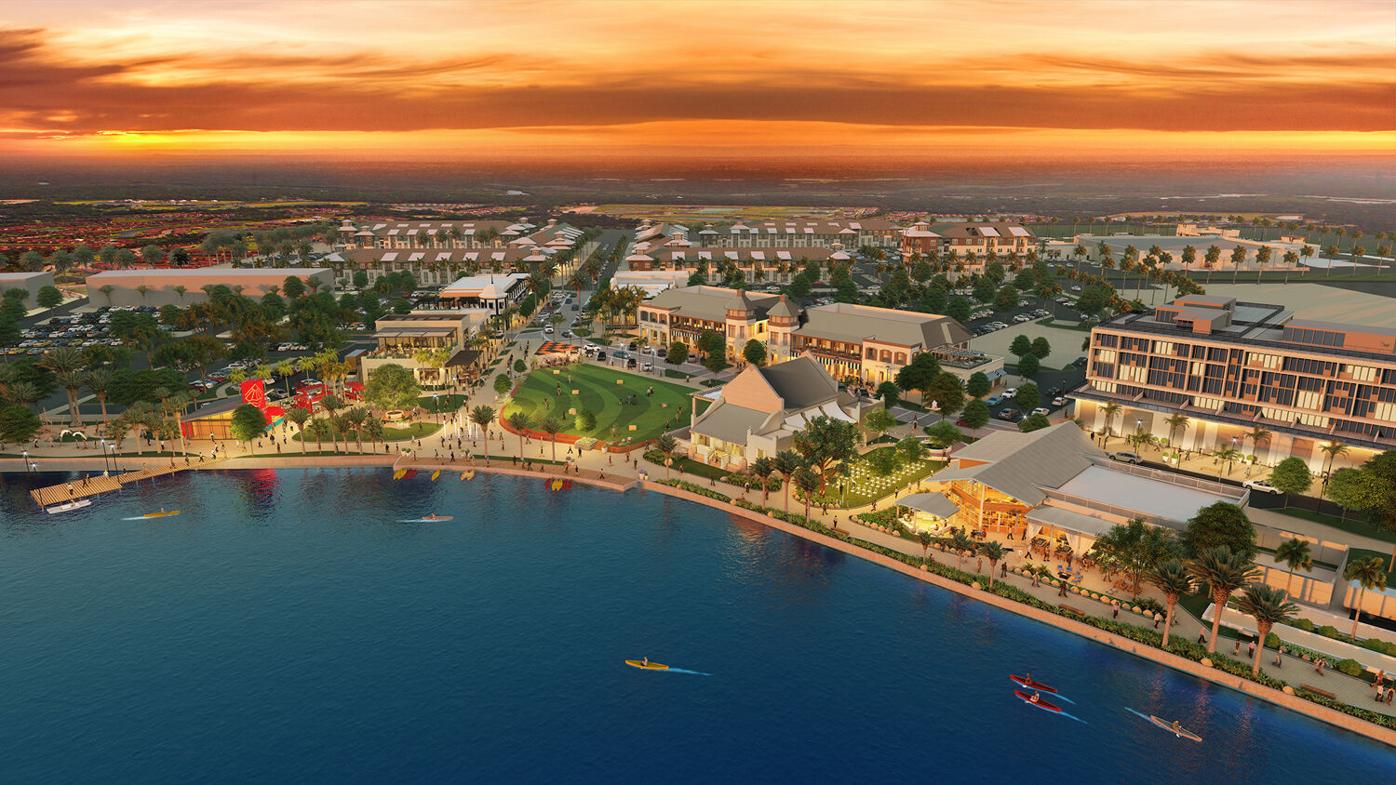 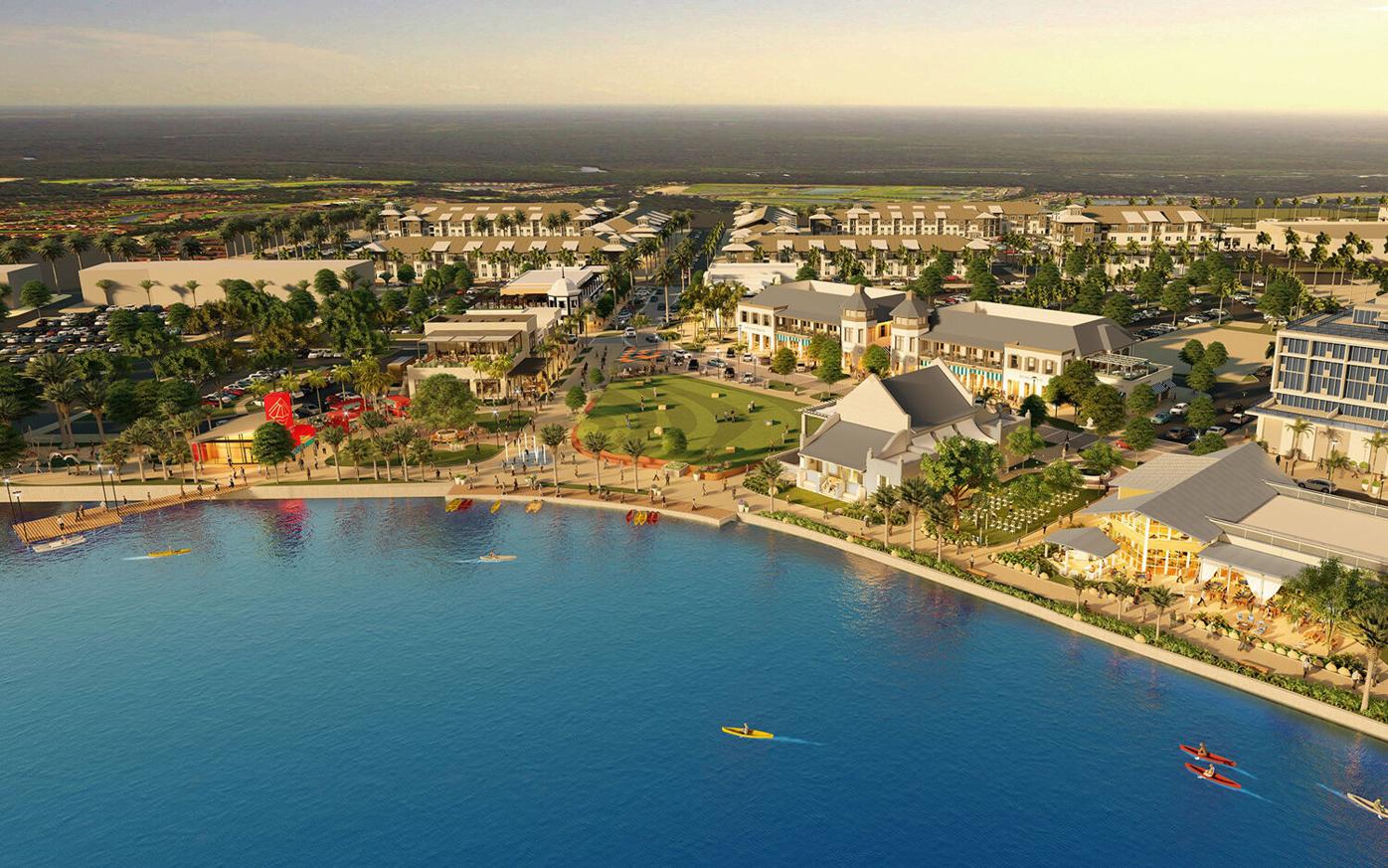 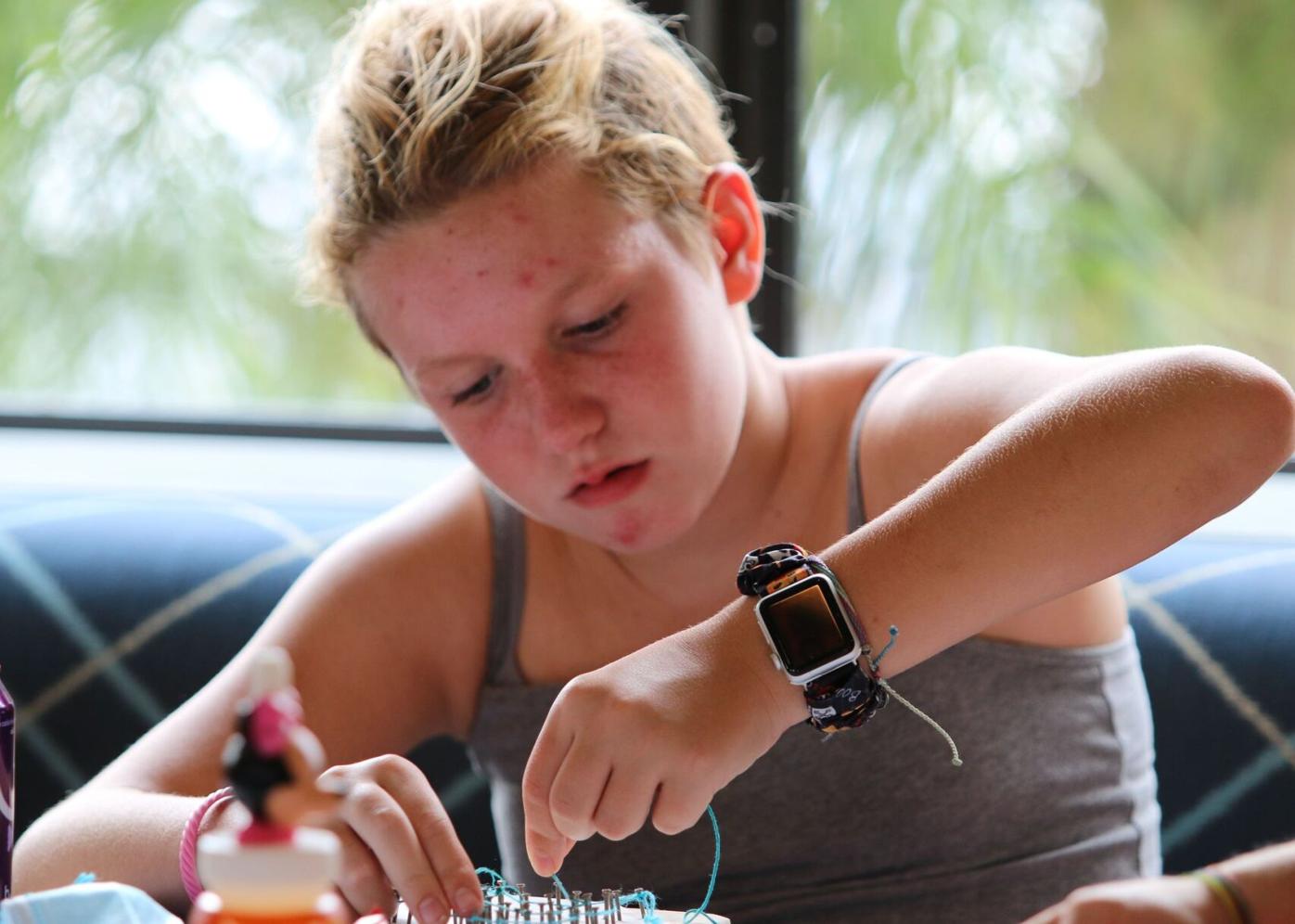 Darvyn Vigue-Adair, 10, winds embroidery thread around the nails at an event at Renaissance in Wellen Park.

A rendering suggests what Wellen Park may look like some time in the near future.

The Wellen Park Welcome Center is now opened for the community — which remains the fourth-fastest master-planned communities in America.

Darvyn Vigue-Adair, 10, winds embroidery thread around the nails at an event at Renaissance in Wellen Park.

Formerly known as West Villages until a moniker change in 2020, Wellen Park remains in the Top 5 for top-selling master-planned communities.

The 2020 results were released by real estate consulting firms, John Burns and RCLCO, Wellen Park said in a news release.

That despite COVID-19, the community “maintained its 2019 ranking,” the news release said.

“Over the past year, we’ve received tremendous interest from homebuyers who recognize how special Wellen Park is,” Wellen Park President Rick Severance said in the news release. “The neighborhood and home options, lifestyle, and amenities Wellen Park offers have all contributed to a record number of home sales, something we expect will continue in 2021.”

Wellen Park said it is creating three “districts” — West Villages, Playmore and Downtown Wellen. It believes that will offer “a vibrant mix of residential, commercial and recreational options.”

Lennar is opening the Tortuga neighborhood this year.

“Tortuga is the last West Villages neighborhood to break ground. Designed around a serene park setting, Tortuga will feature a wide variety of elegantly appointed executive homes, each including luxury extras and upgrades at no additional charge,” the news release states. “Floorplans range from 1,677 to 3,231 square feet of living space and prices range from the high $200s to the high $300s.”

“In 2020, Wellen Park completed a land swap with Sarasota County Schools,” it said. “In exchange for 60 acres near the Atlanta Braves’ spring training stadium in the Playmore District, the school district received a 130-acre site suitable to build both a K-8 school and high school in the near future. Wellen Park residents will gain expanded education options through the A-rated public school district.”

It also started digging out an 80-acre lake for Downtown Wellen.

“Currently under construction, Downtown Wellen will include a vibrant hub filled with shopping, dining, entertainment and other amenities,” it said. “The mixed-use development will be open to residents and visitors alike and feature waterfront experiences, pedestrian-friendly streets and public community spaces.”

It will ultimately include retail shops, dining, a playground, 3-mile wellness trail and a town hall. It will open in late 2022 and would also including an apartment complex, hotel and assisted living community, the news release said.

“The community’s brand and vision are rooted in wellness. Wellen Park’s wellness focus is holistic and practical, designed to give residents greater opportunities to connect with one another, take care of themselves and encourage a healthy and active lifestyle, all within an inclusive, genuine community vibe,” it said.

Mattamy Homes is the developer of Wellen Park. For more information, visit www.wellenpark.com or call 941-960-7805.