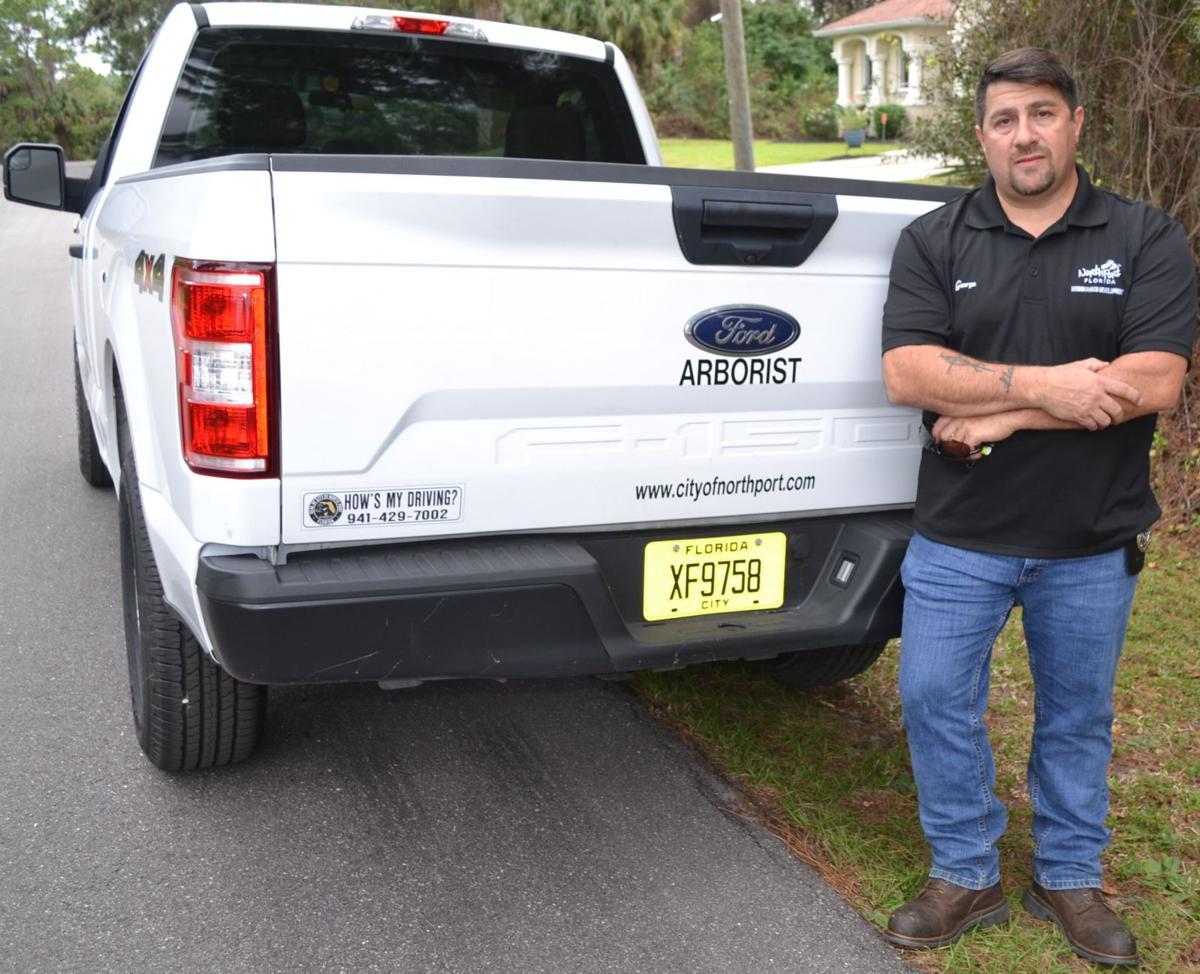 George Murphy is one of two city of North Port arborists charged with keeping the town green. His partner is David Jayroe.

George Murphy is one of two city of North Port arborists charged with keeping the town green. His partner is David Jayroe.

NORTH PORT — For George Murphy and David Jayroe, Florida Arbor Day is like Fourth of July or their birthdays.

It's time set aside to fully appreciate trees, to pay tribute to their role in the earth's health.

Murphy and Jayroe are North Port's arborists with the Neighborhood Development Services Department. Their role is ensuring compliance in keeping the city green. Murphy's background is in trees and tree health, Jayroe's in tortoise habitat and preservation.

The pair are certified arborists paid partially from a fund bankrolled by developers clear cutting trees, homeowners wishing to cut certain ones and violators caught chopping underbrush or felling trees without a removal permit.

Trees are even woven into North Port's land codes, calling, for instance, for a 35% canopy covering on new development.

“Save the tree or pay the fee,” Murphy said of North Port's philosophy to retain its tree population.

North Port's affinity for its flora and fauna dates back decades. Its Unified Land Development Code has sections on tree and brush rules. There are also rules to protect tortoises, birds, snakes and other critters, although state wildlife laws are mostly followed in those categories.

North Port is also a Tree City USA community. To achieve that designation, a town must have a Tree Board or an advocate for trees, must have ordinances protecting trees and other flora, must set aside money for public outreach, and must recognize Arbor Day with a proclamation, which happened Tuesday at a commission hearing.

The city on Tuesday also welcomed Alice White, the founder of People for Trees. North Port's “Tree Lady” gave a 10-minute presentation on her group's work in restoring lost trees, planting school gardens and its outreach to locals on native plants.

White is also critical of the arborists, believing there is too much assistance from them for builders.

“You name it, we're doing it all day, every day,” Murphy said of an arborist's worklife.

A former Marine whose career in trees started in the trimming of them, George Murphy on a normal day surveys five or six vacant lots for new housing. He said he is interested in conserving as much as possible.

“Why rip out a tree that's already established?” he asked, placing a stake on a property warning of protected gopher tortoises. “We like to stress preservation.” Email: craig.garrett@yoursun.com