You are the owner of this article.
Edit Article Add New Article
I want to
Publications
Subscribe
Restaurant Directory
Homes for Sale
Cars for Sale
Jobs
Classifieds
E-Paper
News Archives
Obituaries
Calendar
App
Public Notices
Your Newspapers
Contact Us
1 of 2 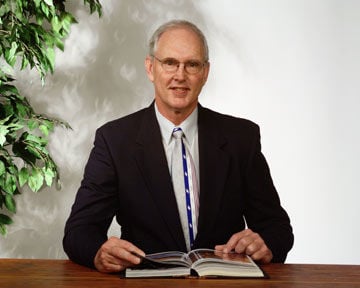 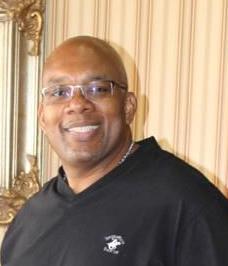 SARASOTA — With a controversial map that changes the boundaries of their commission districts in place, Sarasota County commissioners may soon find themselves in court defending their non-unanimous decision.

On Nov. 9, following a contentious public hearing, commissioners by a 3-2 vote adopted a map that moves the historic African-American community of Newtown from District 1 into District 2, and Precinct 233, the largest precinct in the county, into District 1.

Those moves now makes District 1, represented by Commissioner Mike Moran, a Republican-leaning district, when it formerly had a majority of Democratic registered voters.

Local Democrats, with the shift to single-member districts, had envisioned the possibility of picking up a seat on the county commission for the first time in decades.

Only commissioners Charles Hines and Christian Ziegler voted against the adoption of this map.

The approval of the map, a derivative of a map submitted anonymously and later revealed to come from local Republican power broker Bob Waechter, angered many.

Several speakers during the public hearing mentioned litigation if commissioners moved forward with redistricting in advance of the 2020 Census.

Trevor Harvey, president of the Sarasota County branch of the NAACP, indicated the organization is exploring its options in coordination with the local chapter of the ACLU. The two groups held a meeting last week to discuss the situation.

“As you know, a situation of this magnitude takes a lot of manpower and resources,” Harvey wrote in an email.

One of those resources could come from Palmer Ranch developer Hugh Culverhouse Jr. who has indicated to several people and the Sarasota Herald-Tribune his willingness to finance litigation challenging commissioners’ decision.

Besides resources, where to file and what legal theory to pursue if litigation ensues are also decisions that challengers must answer.

A claim of partisan gerrymandering would likely go nowhere in federal courts following a decision this past summer by the U.S. Supreme Court in cases from North Carolina and Maryland, said Professor Jonathan Entin, a constitutional law expert at Case Western Law School in Cleveland.

In those cases, the Supreme Court held that partisan gerrymandering was a political question beyond the ability of the court to handle.

On the other hand, Entin said, if challengers were to pursue a claim of racial gerrymandering, then there are 60 years of precedents for the federal courts to hear the case.

Looking at section 124.01 of the Florida Statutes which gives commissioners the power to redistrict, Entin focused on the words “shall from time to time.”

“This gives them a lot of discretion,” Entin said in an interview. “It doesn’t look like they would have to wait until after the Census.”

Asked about allegations during the public hearing that the population data underlying the new map was flawed, Entin said that presented the possibility of a violation of one person one vote principle the equal protection clause of the 14th Amendment to the U.S. Constitution.

“If the underlying data is flawed, it might make the lines inconsistent and not nearly as equal as required by the statute,” Entin said.

R.N. Collins, a community activist with a degree in economics and an expert in GIS mapping and statistics, told commissioners during the public hearings over redistricting that he had uncovered 1,000 “serious flaws” in the data used by their consultant. In addition, he claimed the consultant had seriously underestimated the Hispanic and African-American populations in the county.

If the new map survives any legal challenges, it will be in effect for commission districts up for election in 2020. Those districts are District 3 represented by Commissioner Nancy Detert, District 1 represent by Moran, and District 5, which will be an open sent since Hines is term limited out.